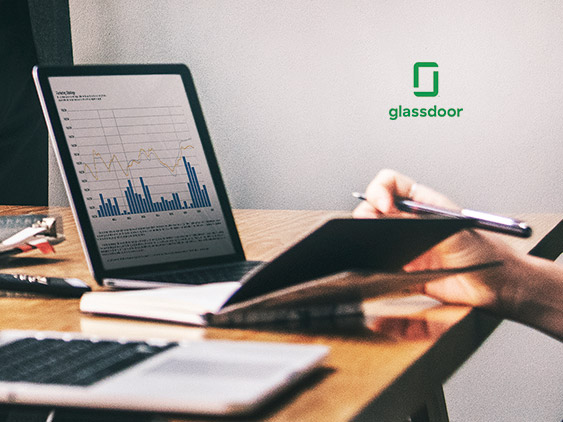 Amid one of the strongest job markets in a generation and growing uncertainty around an inevitable economic slowdown, timely insights into how the labor market is changing, as it happens, may be more critical than ever. The Glassdoor Economic Research team introduced its Job Market Report, a monthly report offering job growth and pay growth data, trends and analysis for a more real-time and more detailed view into the current condition of the United States labor market and economy.  The Glassdoor Job Market Report is based on millions of open jobs online and salaries shared anonymously by employees on Glassdoor, and offers detailed and reliable job market and pay trends for the U.S., including breakouts in ten major metros, across dozens of industries, by employer size and more.

The Glassdoor Job Market Report leverages the same technology behind Glassdoor’s powerful job search and Know Your Worth products and applies proprietary data science and machine learning algorithms to Glassdoor data to aggregate and analyze online job openings and estimate wage growth. While similar reports are often based on data from several months prior, the Job Market Report offers fresher and more detailed job and pay data and analysis based on what’s happening right now. Job opening and pay data are available for the U.S., and both are localized for metros including Atlanta, Boston, Chicago, Houston, Los Angeles, New York City, Philadelphia, San Francisco, Seattle and Washington D.C. Glassdoor expects to add more metros in the future.

“Job openings are like a crystal ball into how employers are hiring and a major indicator of the health of the U.S. economy,” said Dr. Andrew Chamberlain, Glassdoor chief economist. “Employers can open or close job postings instantly in response to fast-changing economic winds or world events. However, it can take weeks or even months to hire or layoff workers in response to changing business strategy, the economy or other news. With the Job Market Report, Glassdoor leverages the power of big data and real time job listings to take a forward look into the economy, offering the latest pulse on what’s happening in the job market right now.”

HR Technology News: Startek and Aegis Recognized as One of the World’s Best Outsourcing Providers by IAOP

“What this month’s Glassdoor Job Market Report shows is yet another clear sign pointing towards a slowdown in the labor market. This isn’t a cause for alarm, but it is a splash of cold water on the labor market compared to the blazing job growth we saw through most of 2018,” said Daniel Zhao, Glassdoor senior economist. “This slowdown in job growth is likely due to the missing burst of hiring in the first quarter of 2019. The first quarter is when we traditionally see a surge in hiring to kick off the new year, but this year, that didn’t happen. That is one reason why we’re seeing more stunted hiring now.”

While 2018 was a strong year for the economy, with companies benefiting from tax breaks that propelled hiring forward, some industries are seeing job growth and hiring continue, while for other industries the trend has fizzled. Consumer electronics (11,083 job openings, up 60.2 percent year-over-year) and insurance (82,914 job openings, up 29.9 percent) are among the industries with some of the fastest annual growth in open jobs. Conversely, the technology industry saw the slowest growth, down 28.5 percent year-over-year to 69,129 U.S. job openings this month, likely in part a result of the onslaught of data privacy issues and other controversies that plagued the tech industry in late 2018.