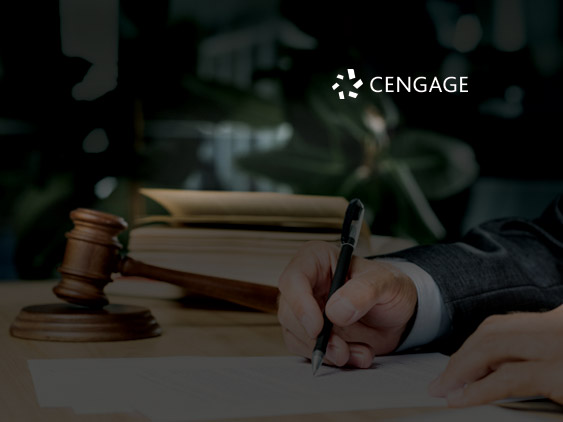 Cengage, an education and technology company, announced its support of the federal Equality Act, a House bill that prohibits discrimination based on sex, sexual orientation and gender identity in areas including public accommodations and facilities, education, federal funding, employment, housing, credit and the jury system.

“At Cengage, we are firmly committed to cultivating a diverse and inclusive workplace,” said Todd Markson, Chief Strategy Officer, Cengage. “Everyone should have a fair chance to earn a living and provide a home for their families without fear of harassment or discrimination. We are a company that aims to advance an inclusive environment where all employees are treated with respect and dignity.”

“Any form of discrimination is against our core values, and directly conflicts with our mission to lower the barriers and provide access to affordable, high-quality learning experiences to students,” Markson continued.

While substantial strides have been made to promote workplace inclusion, lesbian, gay, bisexual, transgender and queer (LGBTQ) Americans lack basic legal protections in a number of states across the U.S. Current U.S. civil rights laws protect people on the basis of race, color, national origin and, in most cases, sex, disability and religion. However, federal laws do not provide consistent non-discrimination protections based on sexual orientation or gender identity. The Equality Act (H.R. 5) was introduced in the U.S. House and Senate on March 13, 2019 as a means of addressing this gap in the current law to protect LGBTQ Americans. The bill was introduced with 287 original cosponsors—the most congressional support that any piece of pro-LGBTQ legislation has received upon introduction.

To demonstrate its commitment to inclusivity for all employees, Cengage joined the Human Rights Campaign Business Coalition for the Equality Act, a group of leading U.S. employers that support federal legislation that would provide equal protections to LGBTQ people. Launched in March 2016, HRC’s Business Coalition for the Equality Act includes companies operated in every state, headquarters across 30 states and have a combined $4.7 trillion in revenue. The 216 companies that make up the coalition employ over 10.9 million people in the United States.

Support of this bill aligns with the Cengage commitment to support equal rights for its LGBTQ employees and the wider community. The company advances this, and its dedication to diversity more broadly, in a variety of ways. This includes the company’s Employee Resource Groups, which are voluntary, employee-led groups organized around shared experiences or affinity to help to build a positive and supportive workplace.