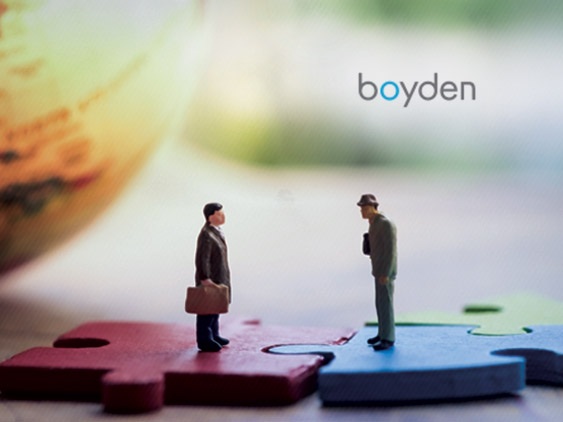 Nearly three-quarters (73%) of Chief Human Resources Officers and HR executives say the CHRO will increasingly take on strategic roles, while 75% believe CHROs will take on key strategic roles as counselors to the CEO, C-Suite and board, according to a new survey released by Boyden, a premier talent and leadership advisory firm.

Part 2 of the report, Boyden Senior Executive Survey: The CHRO and the Future Organization, titled The CHRO Role in the C-Suite and Board, looks at the global changes and opportunities connected to tech, including people strategy, approaches to the board and management, global workforce alignment, hiring and training.

“A good CEO is, in many ways, dependent on a good CHRO,” said Jörg Kasten, Chairman of Boyden and a Managing Partner of Boyden Germany. “The role of HR has shifted. We’re not just talking about people; we’re talking about new technology, diversity and other important elements of the workplace.”

“The impact and influence of the CHRO on strategic decision-making depends on their individual personality and skill portfolio,” said Jeff Hodge, a Managing Partner of Boyden United States. “Acceptance by both team members and upper management are key.”

The survey included a global panel of 310 CHROs, senior HR executives and other HR decision makers across all industries in the United States, Germany, United Kingdom, Canada, Mexico, Brazil and Australia. Additional key findings related to the impact of the CHRO role include:

“The long economic crisis in Brazil has forced organizations to design and implement strategic plans that comprised many significant change management efforts and other organizational actions, many of which have been led by HR executives,” explained Aurea Imai, a Managing Partner of Boyden Brazil.

“The increasing global battle for talent will also help ensure that the role of the HR professional is likely to gain importance in the medium term,” said Dr. Michael Pütz, Senior Vice President, Human Resources, Harting Group. “In my own experience, hardly any board meeting is conducted without HR topics being discussed. This is different than 10 years ago.”

CHRO as Path to CEO

“The CHRO has influence and plays a significant role in organizational strategy,” said Birger Svendsen, Managing Partner, Boyden Norway and EMEA Leader, Human Resources Practice. “This influence will continue to increase over the next few years and puts tremendous pressure on the CHRO to deliver.”

The Boyden report’s third and final installment, Diversity of People and Thought, will be released next month.