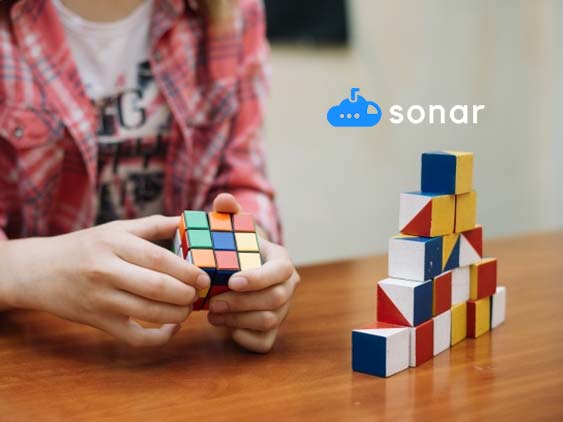 Sonar, the first Change Intelligence platform for operations, revenue, and systems teams, announced it raised $12 million in Series A funding led by Craft Ventures, with participation from Slack, Valor EP, and Parade VC, and several angel investors including Kyle Porter (co-founder and CEO of SalesLoft). Sonar gives operations and revenue teams the ability to confidently execute changes to their technology stack. The new funding brings the company’s total funds raised in the last 12 months to $15.7M.

“Sonar takes operations teams from backpedaling to running sprints. By focusing squarely on how to design, implement, and iterate processes that accelerate revenue, Sonar has solved an acute pain for every high growth company,” said Brad Smith, co-founder and CEO of Sonar. “Rapid adoption by customers like Carta and OneLogin validates the urgent need for the Sonar platform. It fills a critical gap for operations managers, systems admins, and revenue operations departments, who are collectively responsible for implementing and evolving complex tech stacks.”

Knowing how data is used across the organization and when it changes helps operations leaders make quick, thoughtful decisions without the fear of breaking automations. This visibility allows users to constantly modernize processes, giving growth companies the ability to scale quickly and teams the ability to execute changes with confidence. Sonar has already seen tremendous growth for its product over the past year, increasing its customer base by 1,000 percent, revenue by nearly 3,000 percent, while maintaining 110 percent net retention. The new funding will accelerate customer acquisition and product functionality beyond Salesforce, with planned integrations coming for marketing automation this year.

“Sonar is a lifesaver for Ops teams everywhere,” said Brian Murray, Managing Director, Craft Ventures. “Despite our business systems becoming more interconnected than ever before, there is no visibility into how changes to one system affect another. We’re flying blind. Sonar gives Ops pros x-ray vision into their GTM stack. In doing so, they’re defining a new essential in the SaaS toolkit: Change Intelligence.”

The recent attention on technology for developer operations (DevOps) further exposes the huge need for their non-developer counterparts. While DevOps is highly specialized and focused on deployments, virtually all companies have operations teams that handle some or all of the heavy lifting with technology change management, including handling tickets, scoping changes, designing processes, building documentation, integrating new technology, and executing changes to their code. However, RevOps hasn’t had the same attention.

For system administrators, operations leaders and all the teams that support GTM, there is a glaring scarcity of technology solutions to support real time communication within the tech stack. GTM teams are growing rapidly and now represent over 16 million professionals in the US alone. Without Change Intelligence, they misuse and underutilize their tech stack, which slows growth and grossly under leverages these strategic teams.

“Revenue and Operations teams are so accustomed to making blind changes and putting out fires,” said Jack McGlinchey, Sonar’s co-founder and Chief Product Officer. “Sonar not only eliminates these risks, but allows them to refocus their efforts on strategic initiatives that help their companies actually get ahead, of their projects and their revenue goals.”