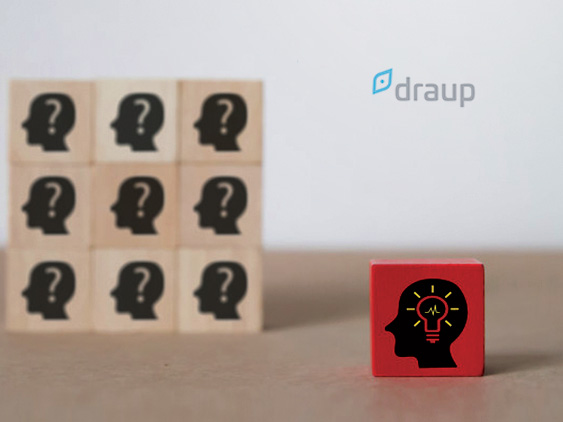 Draup, an AI-driven Reskilling & Talent Intelligence Platform, announced the release of its newest upgrade to its existing SaaS platform. The upgrade is designed to empower business and HR leaders to identify critical new-age digital roles for the organization and chart a plan to reskill the existing workforce to address their future talent needs.

Digital technologies such as Artificial Intelligence (AI), Machine Learning (ML), Internet of Things (IoT), Robotic Process Automation (RPA), and Blockchain have created a significant need for skilled new-age digital talent across industry verticals. A Draup study reveals that the current annual demand for skilled digital talent, which stands at 3.1 Million, will surge to approximately 7 Million by 2024. However, talent supply for these new-age roles is expected to grow marginally from the existing installed base of 2.1 Million to 3.4 Million, creating an astounding gap of over 2.5 Million by 2024.

Additionally, many research studies have predicted that almost 38% of the existing workforce is set to be impacted by the digitalization and automation wave that is sweeping across verticals. This disruption will be in the form of certain job roles disappearing altogether or a significant level of reskilling necessary to evolve into future roles.

Though companies globally are spending over USD130 Billion annually on their Learning & Development programs, a vast majority of these programs are failing to identify or address the rapidly changing needs for talent in the digital age. Organizations are realizing the need for data-driven learning & development initiatives to address this massive industry transformation.

HR Technology News: Exact Sciences Named One Of The 2019 Best Workplaces For Women By Great Place To Work And FORTUNE

Speaking about the Reskilling app, Vijay Swaminathan, Co-founder & Chief Product Officer, Draup, said, “Reskilling across organizations, cutting across verticals, will be a major business focus in the next five years. As digitalization and automation make huge waves disrupting job roles, reskilling will take center stage. At Draup, we have identified 50 Million digital and digitally-influenced roles and analyzed 2+ Million career paths that will empower leaders in identifying crucial adjacent roles that can be groomed into the necessary talent. Further, the Draup update will enable in mapping the missing skills required for career progression as well as optimal online/offline courses that can build these missing skills. Leveraging these data-driven insights, L&D programs can be tailor-made to reskill them at an employee level.”

“Additionally, this Draup update will allow leaders to identify the roles and skillsets required for the future and reverse map it to isolate the talent with the potential to grow into those roles. This is a unique and critical attribute of any organization’s long term talent management and employee retention strategy,” Vijay further added.