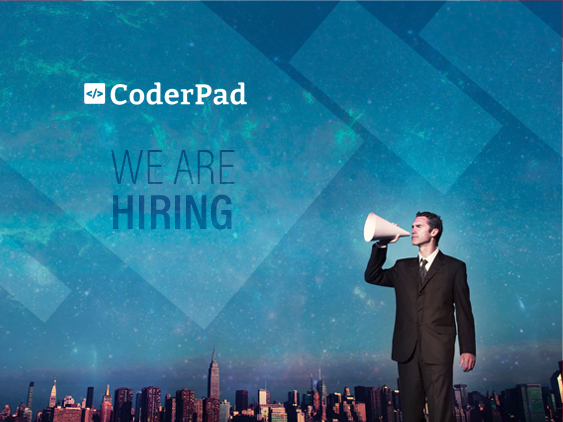 CoderPad, the leading technical hiring platform,announced it has begun rolling out front-end and back-end multi-file frameworks. With the launch of frameworks, hiring teams can now evaluate technical candidates in a real-world setting that mirrors day-to-day work and reduce bias by prioritizing skills over resumes. Support for front-end frameworks, including React, Angular, Vue, Svelte and HTML/CSS/JS, is available now, with support for the most popular back-end frameworks coming in early Q4.

“We believe that realistic interviews lead to better hires, and better hires lead to more diverse and high performing teams,” said CoderPad CEO Amanda Richardson. “Coderpad is giving dev teams a more realistic and customizable interview experience to get a better read on candidates’ skills. Developers work in frameworks every day, and this update is one more way we’re helping companies test for the skills needed to succeed in their organization.”

HR Technology News: As an Industry Lead in Hiring With Speed and Without Bias PredictiveHire Is Proud to Be a Workday Emerging Partner

The launch of this feature fills a major gap in the market as hiring teams lack real-world collaborative tools for technical interviews, resulting in hiring decisions being made with limited knowledge of how a candidate will perform on the job. This update also improves the candidate experience, making the interview environment easier to navigate, empowering candidates to focus on the interview rather than the tools and better showcase their skills, resulting in a stronger overall performance.

“The addition of Frameworks will transform our front-end assessments,” said Julian Jelfs, Software Engineer at The DFINITY Foundation, a not-for-profit organization with the largest R&D team in blockchain. “It enables an interview process that is so similar to the everyday coding environment that we don’t need to spend additional time on setup or instructions for candidates. Everything needed to run a specific framework is already up and running, and the multi-file support allows the realistic structuring of code. It enables us to concentrate as much as possible on what actually matters rather than boilerplate.”

How CIOs/CTOs Should Strategize their Hiring Plans in 2023