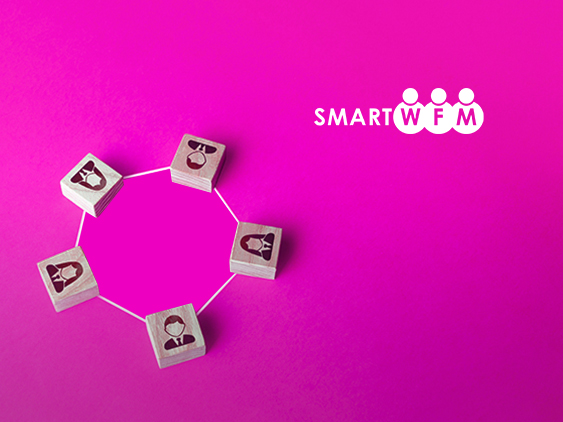 Human capital management (HCM) consultancy, Smart WFM, announced it is accelerating its global expansion, setting up Indian and US subsidiaries and embarking on the creation of a new global leadership team, starting with the promotion of Global Lead Human Capital Management and Behavioral Technologist Rob Scott to Chief Operating Officer.

The expansion follows consistent year-over-year growth for the Australian-headquartered company. The business has increased its revenue with a CAGR of over 67 per cent and tripled its team and client base in the past three years. Smart WFM is a UKG services partner and works with a range of public sector, global and ASX 100 companies, including leading healthcare and retail organizations.

Chief Executive Officer Jarrod McGrath – who exited his former business Presence of IT (later sold to Deloitte) in 2016 – founded the company after seeing the need to deliver services in a modern manner. At the core of this is unlocking people’s passions and developing their skills relevant to the organizations of today along with driving productivity improvements into the local and global economy. McGrath believes the company’s ability to self-fund, maintain single ownership, and stay true to its unique people-first approach to HCM consultancy have driven its growth.

“Smart WFM simply doesn’t have P&L growth restraints like other consultancies do – we’ve stayed nimble, grown through customer acquisition, bank factoring, and taking a balance sheet-first mindset which allows us to maintain our single ownership,” he said. “This has kept competing and external interests out of the company’s development and allowed us to retain our people-first approach to consultancy while delivering clients with modern and sustainable operating models”.

“Traditional consultancies including the big five and major tech companies fail to step outside of the ‘knowledge worker bubble’ they operate in. We look at digital transformation from the perspective of all people, from the coal face to shareholder and broader stakeholders while providing services that centre on modern people innovation.”

As 30-plus year HCM veteran Rob Scott transitions to the position of COO, the company will seek a new Global HCM lead replacement. Scott has been tasked with building out Smart WFM’s ‘digital muscle’ to facilitate scalability and provide clients modern digital-first services to ensure their operating models remain productive and economically viable. Scott and McGrath will also aim to build out a wider global leadership team over the next two-to-three years to become a true global force in HCM and UKG consulting.

The company will also introduce a skills development academy for its team, customers and partners focused on ‘maximizing people value’, which is outlined in McGrath’s recently launched book: The Digital Workforce 2nd Edition. The academy will focus on how people, technology and the operating environment can be harnessed to improve benefits from HCM projects within organizations while driving economic growth through people.

The US and Indian expansion will also enable Smart WFM to provide services consistently to small businesses and multinationals while allowing follow the sun service and support to its clients worldwide. The company will also bring specific skillsets from those markets to bear for other markets. “In the US for example, productivity is very high – particularly in the retail sector,” added McGrath. “We can leverage the insights that drive that productivity into other markets like Australia, where productivity is waning[1].”

The enhanced service and support add to the global SLA-driven on-demand services Smart WFM introduced at the beginning of the pandemic, which focuses on key UKG Kronos workforce management services.

The expansion and skills academy will also heighten Smart WFM’s focus on trust and transparency, people wellbeing, and building long-term engagement with new generations of staff into the fabric of organizations – three defining issues for CEOs in the next decade, according to McGrath.

“Company leaders need to hit the refresh button on how they attract, retain, and build long-term relationships with the modern workforce,” he said. “That requires more than just flexibility and getting work-from-anywhere right – that’s a given. They need to understand people’s passions and putting them at the centre of their companies’ ethos.”