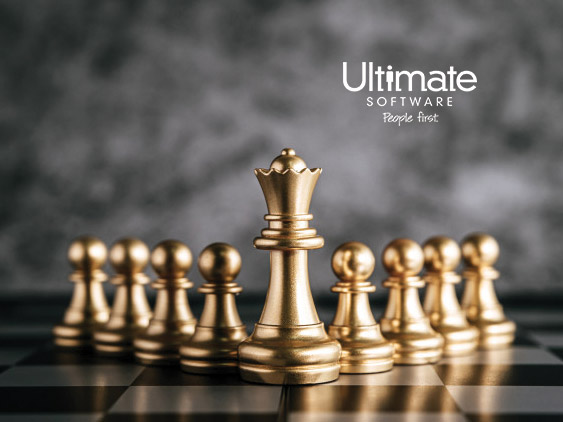 Ultimate Software, a leading global provider of human capital management (HCM) and employee experience solutions in the cloud, announced that co-CEO Scott Scherr will be retiring on December 31, 2019, as planned, after almost 30 years serving as the company’s founder, president, and CEO. In line with the company’s long-standing succession plan, Ultimate’s Board of Directors appointed Adam Rogers—previously serving as co-CEO for Ultimate alongside Scherr—as Chief Executive Officer effective January 1, 2020.

Rogers’ promotion is the final step in a multi-year executive transition plan to prepare for Scherr’s retirement. In June 2019, Rogers was promoted to co-CEO after serving 12 years as Chief Technology Officer. Scherr and Rogers have been working hand-in-hand since Rogers joined Ultimate 22 years ago, with Rogers taking on increased responsibilities throughout that time. Most recently, in his role as co-CEO, Rogers took over leadership of customer service, finance, legal, and business operations, along with the ongoing management of the product and IT teams, which he had been leading for over 10 years.

During his time as founder, CEO, and president, Scherr has led Ultimate to grow from four employees in 1990 to more than 5,000 employees and over $1 billion in revenue, making Ultimate the second-largest provider of payroll applications in the world based on revenue, according to IDC’s 2018 Worldwide Human Capital Management and Payroll Accounting Applications Software Market Shares report. Scherr’s driving philosophy of treating your employees as your first priority is now widely hailed as one of the most effective business strategies to achieve high levels of employee engagement, profitability, and quality products and services. In 2016, Scherr was named the #2 CEO in the US by Glassdoor. In May 2019, Scherr led Ultimate through the successful transition from a public company to a private company, with the acquisition of Ultimate by an investor group led by Hellman & Friedman, for an aggregate value of approximately $11 billion.

Rogers joined Ultimate in 1997 and has served as Chief Technology Officer since February 2007. Previously, he served in a variety of positions at Ultimate, including Senior Vice President of Development, Vice President of Engineering, and Director of Web Development. In 2002, Rogers led the team that pioneered HCM in the cloud by introducing UltiPro as one of the earliest cloud-based HCM/payroll Software-as-a-Service (SaaS) technology for enterprise organizations. Today, Ultimate supports more than 6,600 customers and more than 51 million people records in the cloud. Under Rogers’ leadership as CTO and co-CEO, Ultimate has received notable recognition for market-leading products and services in the HCM space, including Ultimate being named a leader in the Gartner Magic Quadrant for Cloud HCM Suites for 1,000+ Employee Enterprises for three consecutive years, being named a leader in the Nucleus HCM Value Matrix for seven consecutive years, and being named the Service Organization of the Year in the large business category by the National Customer Service Association (NCSA) in 2017.

“It is impossible to express in words the leadership example that Scott has set for me and the entire organization over almost three decades,” said Rogers. “Nowhere in the history of building businesses will you find another example of an organization that so passionately takes care of its people through good times and bad the way Scott has driven Ultimate to do. The ‘People First’ mission Scott pioneered is, and will remain, Ultimate’s foundation and key to success. I step into the CEO role with humility and appreciation for everything Scott has done for so many, as well as excitement to lead some of the most talented people in the software industry.”

“Ultimate has been my life, my family, and my passion for almost 30 years. I’m ready for the next chapter of my story, including spending more time with my family,” said Scherr. “Founding Ultimate and watching it grow to the market leader we are today has been the honor of a lifetime and I’ve loved every moment of it. I’m looking forward to watching this family continue to grow and succeed under Adam’s thoughtful leadership, vision to innovate, and drive to continuously reinvent the HCM industry. The Ultimate family has my eternal gratitude, support, and respect for the incredible journey over the past three decades.”