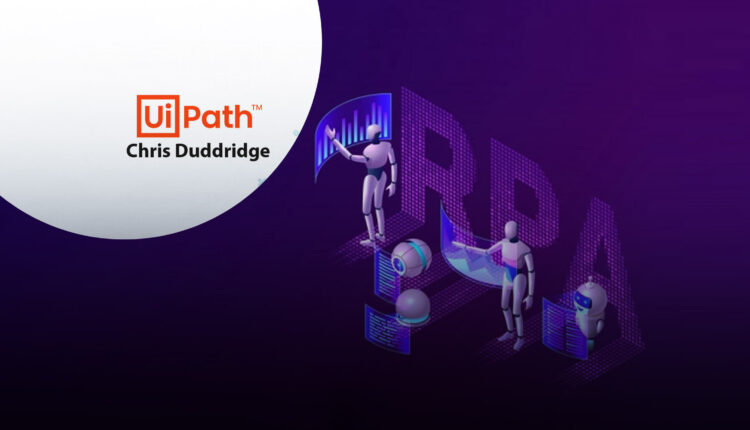 It’s no secret that people are generally afraid of automation in the workplace. In the first industrial revolution, the luddites broke textile machinery they worried would leave them redundant. Even today, there remains a fear that it’s going to take jobs and leave humans bereft. Unions are making warnings and workers who interact with robots have been seen to sabotage them(RPA).

It’s also true that the introduction of new technologies, such as Robotic Process Automation (RPA), will remove the need for humans to undertake repetitive and dull tasks. In this process, software operates a computer, mouse and keyboard like a human – but virtually. It’s like having a digital junior colleague who can do rules-based tasks, ranging from simple to more complex, that you’ve taught it to do.

But this should be welcomed, as it frees people to focus on fewer drudgeries and more interesting and satisfying work. Moreover, automation and related emergent technologies such as AI and Machine Learning are already creating and will keep on creating many more positions, often allowing the person who did a multitude of manual repetitive tasks to get a promotion and do something more exciting.

This begs the question, how can employers introduce software in a way that tells the full story about the benefits of automation and helps people embrace the opportunities it offers? It may sound silly, but perhaps the most powerful yet simple thing within the power of any employer is to give the robots who enter our offices names. Grace, Lucy, Chris… Balthazar! Anything people might relate to.

What’s in a name?

Let’s face it, the term robot – let alone the complicated and abstract phrase Robotic Process Automation – may sound a bit cold and intimidating, making many of us feel uncomfortable.

It’s no wonder that when the concept of automation is introduced to people in the workplace, it often gets off to a bad start. They either have a pre-conceived negative idea of what it means, or have no idea what it might actually be and instantly feel defensive.

Let’s then consider if instead of telling employees that software robots will be introduced to the office, we started off by telling a story about a woman called Alice who was stressed at work. Every day, she spent an hour and a half creating and sending out a survey to customers. It was time-intensive, dull and over the duration of a year, took weeks of time. Her boss noticed how stressed she was and decided to hire her an assistant who could do it for her, leaving Alice with time to do the more useful and interesting things she was originally taken on for, like making sense of the responses from the survey.

And what if we gave Alice’s junior colleague a name? He’s Oliver. His birthday is 3rd November and he doesn’t mind doing night shifts so that when Alice comes in each day, there is a list of the stuff he managed to do in the small hours that Alice used to dread trying to fit into her day. I’ll be honest, Oliver sounds pretty good to me. Isn’t it most people’s ambition to hire a junior and step up?

Of course, you could have just told Alice that a software robot would be taking over some of her tasks because it can do them more quickly and we’re all sick of looking at Alice’s sulky face as she does that damn survey she keeps moaning about. I know what I’d prefer to hear – and I know what version I would probably respond more positively to.

We’ve seen this use of storytelling in literature and cinema too. If you give a robot a human narrative and name, they become far less frightening. Who doesn’t like Star Wars’ plucky R2-D2, or the eternally camp C-3PO? Yes, it’s just a mix of letters and numbers, but when spoken, they sound like real names. Luke Skywalker even shortened R2-D2 to simply “R2” – a bit like the Polish pronunciation of Arthur.

Then, for anyone who grew up in the 80s, there’s Johnny 5 from Short Circuit, The Fix-Its from Batteries Not Included (so cute), or for anyone with kids, what about Baymax from Big Hero or the eponymous Wall-E? Or in the business world, what about IBM’s Watson?

If you give a robot a relatable name and meaningful story, it becomes understandable and welcomed. In fact, it becomes less of a robot and more of a colleague, albeit one without consciousness and sentience, but let’s leave that discussion for another day.

The point is, as soon as a name is introduced, a personality is born. Instead of the “scary software that is taking work from me”, it becomes “Oliver, who works through the night to make my day more productive”.

It’s a brutally simple idea – the best ones normally are – yet it taps into the human mind in a complex and powerful way. It perhaps stems from an anthropomorphic urge all people have to attribute human traits, emotions, or intentions to non-human entities.

It’s considered to be an innate tendency of our psychology. It’s understood to have ancient roots as a storytelling and artistic device, and most cultures have traditional fables with anthropomorphised animals as characters. In the 21st century, we’re now learning to anthropomorphise robots as characters in our working stories.

Can I speak to Solly, please?

Many of our clients have already found out just how powerful naming robots can be. One particular automation lead at a professional services firm says we need to make software robots part of the team so colleagues don’t see them as a threat. In his view, it’s all part of personifying the software to make something abstract and difficult to understand, relatable and friendly – just like a new workmate.

He once told me a story about his first ever robot colleague. He created her in 2000 and she was called Solly. She was involved with a legal database and sent out text and email notifications to let people know where they were with the case. Solly became part of the team. She used to send out emails and sign off with her name. The team would get calls into the office asking for Solly and he had to explain that Solly was a robot. Now he runs naming competitions for his software robots.

Another client named one of his software robots Archie, after an employee’s son, and another Marley, after a colleague’s dog. All his firm’s automations are named by the person who comes up with the idea. He says it’s, “A kind of sweetener for staff, I think it just helps with welcoming the robot into the team.”

The power of language

It just goes to show the power of words and the way they make us think and act. The emotional reaction language can engender is astounding. Which is why we shouldn’t overlook its ability to solve complex, deep-rooted problems. Such as the fear of robots – specifically, the worry that they or RPA, will come and take our jobs.

It’s understandable that people are worried. But with a simple technique, we can make a big difference. With a name and a story, you never know, we might even see robots becoming people’s best mates.

Catch how these experts from leading tech companies like TeamViewer, JotForm, Xactly and more are boosting their B2B sales and marketing experience while focusing on a balanced employee culture: