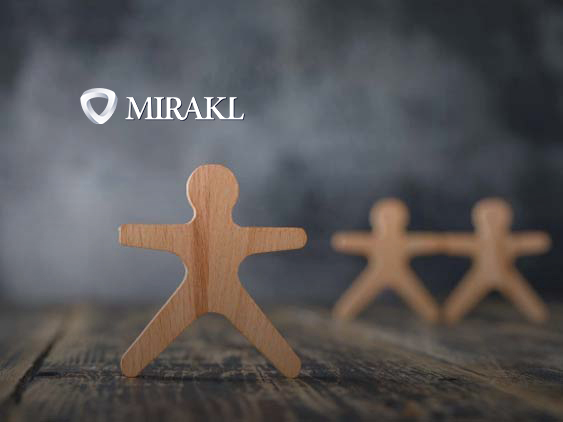 Mirakl, the industry’s first and most advanced enterprise marketplace SaaS platform, announced the appointments of Eric Heurtaux as group chief financial officer and Patrick Houry as group chief human resources officer. The two new executives join Mirakl as the company builds on significant momentum, including 2021 results exceeding $100 million in annual recurring revenue and more than $4.3 billion transacted on its marketplaces, as well as the 2021 announcement of a $555 million Series E funding round led by Silver Lake. Heurtaux and Houry will play integral roles in guiding Mirakl through continued financial and operational expansion, as the company reinforces its position as the leading enterprise marketplace SaaS platform.

Eric Heurtaux joins Mirakl following a successful tenure as chief financial officer and member of the executive committee at publicly-traded Worldline, one of the world’s largest and most influential payments and transactional services companies. In his time at Worldline, one of the cornerstone companies of the French and European economies, Heurtaux guided financial operations, including mergers and acquisitions, integrations, investor relations, and several key group functions. During his time at Worldline, the company quadrupled revenue through a combination of internal growth and acquisitions and joined the CAC 40 – the French stock market index featuring the 40 largest publicly-traded companies by market capitalization. He also led the company’s successful takeover bid for payment service provider Ingenico, including all associated financing and Ingenico’s eventual integration into Worldline. Prior to this, Heurtaux also served as chief financial officer for Atos Big Data & Security, a multinational cybersecurity company with circa 1 billion Euro in annual revenue. Heurtaux is a graduate of the Ecole des Mines de Paris and holds a Master of Business Administration from INSEAD, one of the world’s most prestigious business universities.

Patrick Houry has held leadership positions in human resources and consulting at market-leading companies including Accenture, SAP and Akka Technologies. He served as chief human resources officer at Akka Technologies for more than six years, where he implemented a people-first strategy and doubled its global headcount during his mandate. Notably, he oversaw the recruitment of more than 2,500 digital specialists each year and spearheaded diversity and inclusion initiatives throughout the organization. He also implemented an internal talent marketplace to boost career growth and internal mobility leveraging the power of AI. At Mirakl, Houry will be responsible for implementing the company’s recently-announced plan to recruit more than 1,700 new employees over the next three years. Houry earned a Master of Human Resources from Paris Dauphine University and a Master in Economics & Finance from Science-Po Paris.

“The appointments of Eric Heurtaux and Patrick Houry to our executive team are a critical step for Mirakl as we build on several years of rapid and accelerated growth. At the heart of our  momentum has always been our team of exceptional Mirakl workers. We are excited to continue to grow our staff across the globe who are the engine powering our unmatched product, expertise and ecosystem,” said Adrien Nussenbaum, co-founder and co-CEO at Mirakl.  “Both Eric and Patrick bring extensive experience in their domains and will play transformative roles as we take Mirakl through this pivotal next stage of development and beyond.”