Yes, Tech Is Harming Employee Mental Health, But Tech Can Heal It Too 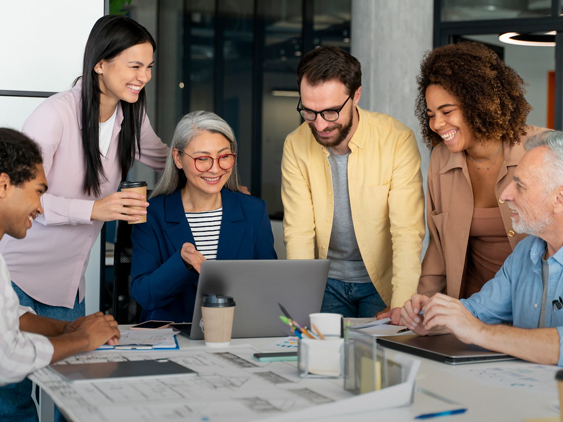 One in five U.S. adults have experienced mental illness, or nearly 52.9 million people. Within the American workforce, just 57% of employees with moderate depression, and 40% with severe depression, receive treatment to control symptoms.

Is this affecting the people you work with?

There’s a good chance it is.

Research has shown that the percentage of affected adults is a lot higher for people who are employed. According to recent reports, nearly half of U.S. workers are suffering with mental health issues, and have found their mental health worsening since the start of the pandemic.

There’s no question America is experiencing an unprecedented mental health crisis that has only been exacerbated by the effects of the COVID-19.

During his State of the Union Address, United States President Joe Biden declared his administration’s top priorities for the country. Number one on that list is to halt the Opioid Epidemic, which has contributed to nearly 100,000 U.S. deaths annually. The Biden Administration’s second priority is addressing the U.S. mental health crisis itself.

We read about the Great Resignation, employee stress and burnout, and even workplace-related violence and suicide as a rising tide of concerns. Meanwhile, we read reports of tech addiction, increasing polarization, the decline of civility, and on- and offline hate.

HR and technology leaders are asking, “What role does technology play in fueling this problem, and what role might it play in ameliorating it?”

For the past 35 years, I have been studying the intersection of advertising, technology, and mental/behavioral health. During that time, I’ve come to hold the following conviction:

Tech-Enabled Advertising and Advertising-Fueled Tech are the most powerful tools we have for creating cognitive and behavioral change.

These platforms are powerfully engaging, some even say “addicting.”

They are rapidly growing in power to engage and addict. The advertising model tends to reinforce prioritizing intensity and continuity of engagement over user experience and benefit. In short, platforms compete with sleep and sanity for time and attention. They do this by stimulating emotions; by keeping users aroused and inflamed.

But technology-enabled behavior change can be a powerful part of the solutions as well. Apps such as Calm, The Fabulous, Positive Intelligence, and others can help users program their own self-advertising to support the habits that improve their moods and their lives.

Increasingly, organizations are recognizing that leaders and staff at all levels benefit from helping employees get the upper hand in the battle over their own habits.

New research shows that companies with a positive effect on behavior receive a marketplace advantage. In the long run, those that positively affect our mental and behavioral health are rewarded with growth and profits, while those perceived to have a negative effect are punished. These are early findings of the Brand Positivity Index study that DiGo and Market Theory have been fielding for the past year.

Early results show that brands perceived to negatively affect our behavioral health must spend much more to grow market share than those seen as having a positive impact. Facebook is a current glaring example from our most recent data.

Mark DiMassimo is the Founder and Creative Chief of DiGo (DiMassimo Goldstein), the industry-leading agency in Positive Behavior Change marketing, which he founded in 1996 in New York City.

Over Half of U.S. Workers Continue to Feel Mentally Unwell and Require Time Away From…

Jun 28, 2022
Prev Next 1 of 991
Follow Us
We store cookies on your computer to improve your experience and provide more personalized services, both on this website and on other sites. For more information about the cookies we use, see our Privacy Policy. We won't track your information when you visit our site. We will have to use at least one cookie to ensure that you won't have to make this choice again.AcceptDeclinePrivacy policy