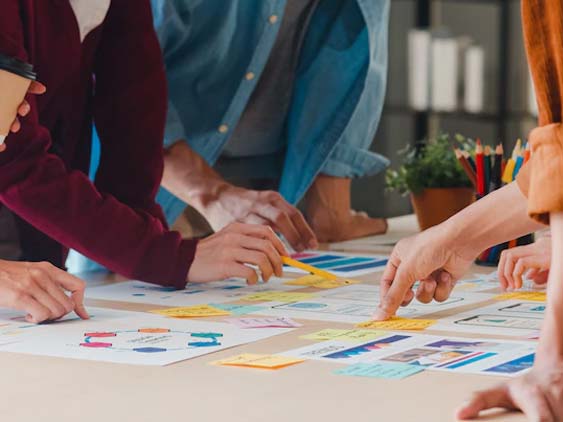 Moves, an all-in-one banking app exclusively for gig workers, announced  that it has closed a $5 million USD ($6.39M Canadian Dollars) seed funding round to advance its mission of making the gig economy work for its workers.

The gig economy is surging, yet its workers continue to be left behind,” said Matthew Spoke, CEO of Moves. “Recent studies have shown that 80% of gig workers report an unexpected expense of $1,000 would be difficult to pay. Our commitment to helping our members starts with reducing day-to-day financial challenges and then grows to give them a seat at the table as shareholders. As we move forward in our journey, we are grateful to those investors who are joining us in our support for gig workers.”

The funding round is being led by OMERS Ventures, a notable venture fund with a track record of backing global success stories, and a group of former gig economy and consumer technology senior executives from companies such as Airbnb, eBay, Facebook, Lyft, Uber, and Shopify. Other investors for this round include Panache Ventures and N49P Ventures.

“Moves is uniquely positioned to solve many of the challenges gig workers are encountering,” said Laura Lenz of OMERS Ventures. “The Moves Collective, for example, is a brilliant solution to a persistent issue for gig workers, who traditionally don’t share in any of the value they have helped create. It’s also a win for the gig economy at large – in a fluid marketplace for drivers and couriers, gig workers that own stock are economically aligned to the long-term success of the companies they earn from. Leveraging their insights and understanding of the challenges that many gig workers encounter, Moves has developed an amazing product that helps manage gig workers’ top three unmet needs – general savings, retirement savings or investment, and managing unpredictable income. This is just the beginning of the company’s journey. We see great things ahead for the company – and the gig workers they support – and are delighted we can play a role in their growth.”

Ensuring Gig Workers Benefit From Growth of Gig Economy
The gig economy, which has erupted over the last several years, continues to grow exponentially, and now includes more than one-third of all U.S. workers. In the U.S., the current gig workforce of 59 million is expected to grow to 86 million by 2027. Still, inside state legislatures the debate rages on as to how gig workers should be classified – as independent contractors or as employees – and what benefits they are entitled to. Gig workers continue to face immense day-to-day financial challenges, with high gas prices and pricing algorithm changes. The increasing pressure on public gig companies like Uber and Doordash to meet profitability and stock performance goals introduces trade-offs often shouldered by gig workers, such as lower earnings, scarce health benefits or less data transparency.

“It feels like we’re out here on our own; that we’re an expendable resource.” – Jonathan, a Georgia-based rideshare driver

The promise of the gig economy – to provide flexibility and control over how you earn income – is a vision worth pursuing, despite the challenges. Ashley, a retired veteran from Florida, noted: “No other traditional job would accommodate the multiple medical appointments I go to each week.” Gig work gives her control over how and when she chooses to earn income and to prioritize what matters most to her.

Moves launched its mobile app in 2021 after spending hundreds of hours in cars, on bikes, on foot, in parking lots and burrito lines listening to gig workers. Since its founding, Moves has built its products in partnership with gig workers, focusing exclusively on their needs. Moves has over 10,000 members on track to earn over $56 million by year’s end 2022 and better manage their money with early deposits for weekly payouts, earnings insights across 16+ supported apps, and cash advances up to $1,000.

To accelerate its mission of making the gig economy work for its workers, Moves has taken a radical approach of enabling thousands of gig workers to become owners in the companies they earn on. Inspired by recent shareholder activism towards ESG objectives, Moves is allowing its members to earn share rewards* in Uber, Lyft, Doordash, Grubhub, Target and Amazon through the Moves Collective.

The Moves Collective now holds over 4,500 shares across the supported public gig companies. In parallel, Moves has elevated the voice of its members through its first shareholder proposal to Uber, advocating for an independent board member with first-hand experience earning in the gig economy. Each day, more gig workers become owners and receive the right to have their voices heard and share in the value they help create. This innovative approach to advocacy in the gig economy was recognized as a World Changing Idea, in Fast Company’s 2022 awards.

“You want someone to hear you and take you seriously. We need a voice and leverage. If we have enough stocks in the company they have to listen to us. I get it. So thank you for even creating this opportunity for us drivers… it’s like assistance… protection.” – Charles, an Uber driver