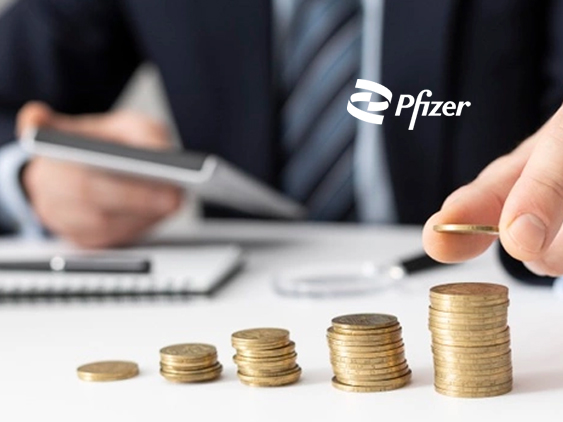 Pfizer Inc. announced that Frank D’Amelio will retire from his position as Chief Financial Officer and Executive Vice President of Global Supply at Pfizer after a nearly 15 year distinguished career with the Company. Pfizer has initiated an external search for a new Chief Financial Officer and D’Amelio has agreed to stay on board through this process and serve in a consulting role through the transition. With D’Amelio’s planned departure, and his significant contributions to Pfizer’s manufacturing capabilities, the Company has made the decision to name Mike McDermott, Executive Vice President, Chief Global Supply Officer and to have him join Pfizer’s Executive Leadership Team reporting to Chairman and Chief Executive Officer, Albert Bourla, effective January 1, 2022.

“I want to thank Frank for his many years of service to Pfizer as CFO and for the impact he has had on the Company and the patients we serve,” said Albert Bourla, Chairman and Chief Executive Officer, Pfizer. “Frank has driven a strategic vision for the Company’s financial success, and he leaves Pfizer in a strong position for future growth having been instrumental in our multi-year transformation to an industry leading, science-based biopharmaceutical company.”

Frank D’Amelio joined Pfizer in 2007 and during his tenure as Chief Financial Officer the Company has generated close to $150 billion in market cap growth. He has regularly been named one of America’s top CFOs. D’Amelio led multiple acquisitions and partnerships valued at nearly $200 billion, including numerous transformative transactions such as the acquisition of Wyeth, that was essential in bringing talent and a leading vaccine platform to Pfizer, as well as the divestitures of the animal health, consumer health and mature products businesses that helped further focus the Company on scientific innovation. D’Amelio has created a world class Finance function at Pfizer and many of his team members have also become Chief Financial Officers in other companies. More recently, D’Amelio oversaw Pfizer’s manufacturing network and helped guide the organization through one of its most challenging periods as it worked to address the COVID-19 crisis.

Mike McDermott has been with Pfizer for 18 years having started with the Company in 2003 as head of then Wyeth’s Biotech Manufacturing Operations at its Pearl River, New York site. Over the years he has taken on roles with increasing levels of responsibility, and he was named President of Pfizer Global Supply in 2019. Under McDermott’s leadership, the Company was able to rapidly ramp-up production and delivery of the Pfizer-BioNTech COVID-19 vaccine, supplying more vaccines doses than any other company over the past year. As a result of his efforts, Pfizer expects to achieve the goal of producing 3 billion doses of COVID-19 vaccines in 2021 and 4 billion doses in 2022.

“Mike has been an instrumental leader in Pfizer’s global efforts to combat the SARS-CoV-2 pandemic,” said Bourla. “With our vaccine production, Mike rose to the challenge of making the impossible, possible, and I look forward to working with him more closely as we advance our new antiviral candidate and other breakthrough medicines that can impact the lives of patients around the world.”

United Rentals Recognized for Its Commitment to Hiring and Retaining Veterans