Investing in Employees to Drive Long-term Growth and Value 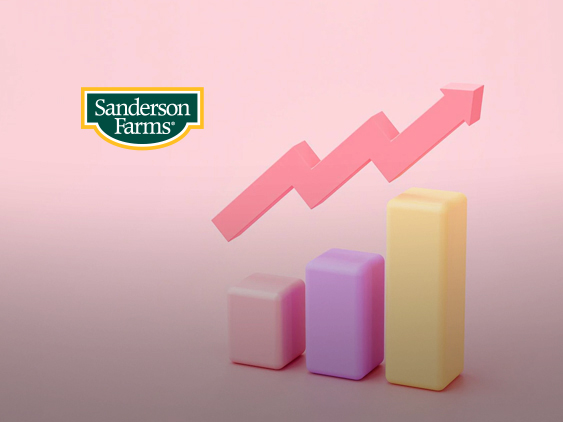 Sanderson Farms, Inc., the nation’s third largest poultry producer, has made a name for itself by investing in and executing on a prudent growth strategy that is unparalleled by industry competitors. The Fortune 1000 company has grown its production base primarily by greenfield expansion, building eight of the last 10 poultry complexes constructed in the U.S. over the span of more than two decades, and its portfolio of facility assets is the newest in the industry.  However, Sanderson Farms attributes much of its success over the last 75 years to its investments in another type of asset: human capital.

Since its inception, the company’s founders have considered their approach to employee leadership development as a strategic and competitive advantage for the company. These development programs include employee training, future leader trainee programs, tuition and high school equivalency exam reimbursement, as well as formal mentoring programs.

Like many other companies competing for top talent in a highly competitive job market, Sanderson Farms has focused on identifying, engaging and retaining top-performing talent through two formal mentoring programs for salaried employees throughout the company’s ranks. The first of those two programs was established in 2012 and recently celebrated the graduation of its ninth class of participants. The second program is focused on identifying and cultivating future leaders and is an important initiative to drive shareholder value as the company continues to grow.

Sanderson Farms strongly believes that its strategy to develop and prepare new generations of leaders has enabled the strategic growth and value creation that has become synonymous with the brand name Sanderson Farms.

“High performance is the admission price for future growth and development,” said Lampkin Butts, president and chief operating officer for Sanderson Farms and mentor of four previous graduates of the company’s corporate mentoring program. “We want to find and develop the next generation of leaders for our company so that Sanderson Farms will continue to operate at the top of our industry.”

The key benefits of the mentoring programs include strengthening the talent pool by helping managers identify potential skills and competency gaps, as well as facilitating genuine development of employees with high potential, both for their own benefit and that of the organization.

At Sanderson Farms, the positive impact of mentoring is evident, as many graduates of the company’s programs now hold leadership positions on the company’s executive committee, and serve in upper-level management appointments such as division managers, corporate department managers and other senior leadership positions. By promoting an ongoing and proactive dialogue between managers and senior executives that identifies and tracks individual talents in key positions, Sanderson Farms is equipped to position key contributors on a growth path where they can be most valuable to the company.

“Mentoring programs are proven to improve employee development within a company and reduce turnover,” said Hilary Burroughs, director of marketing for Sanderson Farms and a three-time mentor in the company’s corporate mentoring program. “Our initiatives to identify employees who show the leadership attributes and skillsets necessary to advance and enroll them in a formal mentoring program will help ensure Sanderson Farms maintains a deep bench of confident leaders who will keep us moving forward in a positive manner with purpose and promise.”

With over 300 successful graduates from Sanderson Farms’ two salaried mentoring programs, leaders sought similar development opportunities for hourly team members, which represent over 88% of the company’s workforce. Earlier this year, the poultry producer launched a pilot hourly mentoring program titled “In the Lead,” which is slated to conclude in October and be evaluated for inclusion in their ongoing employee mentoring initiatives.

The comprehensive program matches hourly employees with members of the company’s division management team for guidance and development. Throughout the 10-month program, participants receive training on the importance of diversity and inclusion, health and wellness, and technology, while participating in educational programs focused on how to advance their leadership skills, understand their personal finances and develop professional communication skills.

With over 17,000 employees and operations spanning five states and 17 different communities, employee retention and development are keys to the success that has positioned the company to produce more than 4.9 billion pounds of chicken annually and earn over $4.8 billion in revenue in the last fiscal year. The company’s investments in human capital development are evident in the external recognition the company has received: Sanderson Farms was recognized earlier this year by Forbes as one of America’s Best Large Employers for the second time since making their debut in 2019, and was the first poultry company to earn a coveted spot on the national ranking.