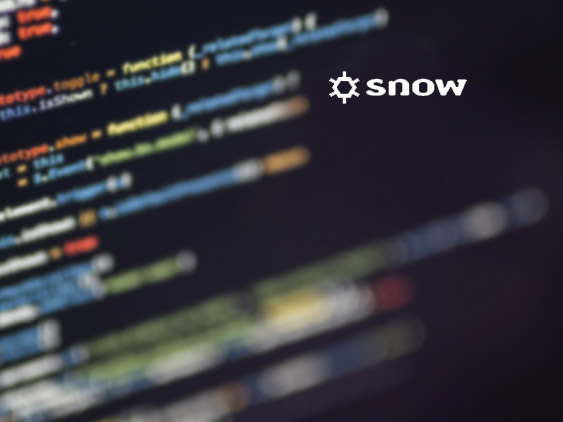 Both the youngest and the most influential employees are emotionally invested in work applications, highlighting why organizations must change their approach to technology

The majority of global workers are going rogue with work devices, software and applications despite being aware of the potential business risks involved, according to new research released by Snow Software, the global leader in technology intelligence solutions. The study, which polled 3,000 professionals in the United States, Europe and Asia Pacific, finds stark contrasts between the mindset of today’s workers and the priorities of IT leaders. This rift was especially notable in younger employees, who represent the future of the workforce. In fact, millennials are almost twice as likely to go behind IT’s back compared to older workers, with 81% admitting they have used or accessed something on their work device without permission versus just 51% of baby boomers who have done the same.

The majority of global workers are going rogue with work devices, software and applications despite being aware of the potential business risks involved, according to new research released by @SnowSoftware

“There is a tectonic shift happening in the enterprise, driven by a rapid move to the cloud and nearly unlimited access to technology,” said Vishal Rao, President & Chief Executive Officer at Snow. “Part of what we see in this data is a philosophical evolution in what the future of work looks like. The CIO and their teams are now strategic business partners with the power to fundamentally change their organizations. That new role requires empowering a new generation of employees and enabling the business to be as effective as possible while also balancing financial, regulatory and compliance risks.”

When it comes to unsanctioned device behavior, many workers are breaking the rules in an effort to get their job done – 41% of global employees report using professional software or applications on their work device without IT’s permission. That makes it the second most common infraction, behind the 46% who access personal documents but ahead of other popular personal content like apps, music, videos and photos. When asked about the impact of needing IT’s permission to get software or applications to do their job, 40% of workers reported that they feel watched, 32% said that it slowed them down and impacted deadlines, 27% said it was frustrating and 26% felt it negatively impacted productivity.

As one manager put it, while it wasn’t the case for them, needing IT’s permission to get work software and applications “would definitely make me feel all of the above. I would also feel that the business was micromanaged, that they didn’t really respect or appreciate their associates and that they need to get up to speed with the direction that businesses are moving in.”

These findings further validate the challenges organizations face as digitally-native employees and business unit leaders – not IT gatekeepers – increasingly drive the investment and consumption of software, applications and services. Today’s businesses and institutions need to understand what is in their technology landscape as well as how it is being used. But the real opportunity lies in using those insights to maximize value and drive better outcomes. This evolution was the driving force behind Snow’s newly expanded mission: to provide complete insight and manageability across all technology.

“In an era defined by digital transformation, we are focused on helping the enterprise face some of their biggest challenges,” said Vishal Rao, President & CEO of Snow. “The market has shifted away from niche point solutions that each manage a different part of your cloud, software and hardware. Our focus is on providing a single platform that goes beyond discovering assets to driving action. From the Fortune 100 to federal agencies, from Stockholm to San Francisco to Sydney, we are helping the world’s most impactful organizations gain complete technology intelligence.”

Underlying Snow’s mission is a foundation of customer-centricity, highlighted by the recent appointment of Richard Anderson as the industry’s first Chief Customer Officer. End-users themselves recognized the company as a 2019 Gartner Peer Insights Customer’s Choice for Software Asset Management. Analysts also named Snow a Leader in the 2019 Gartner Magic Quadrant for Software Asset Management for the second year in a row, placing it furthest to the right for completeness of vision.