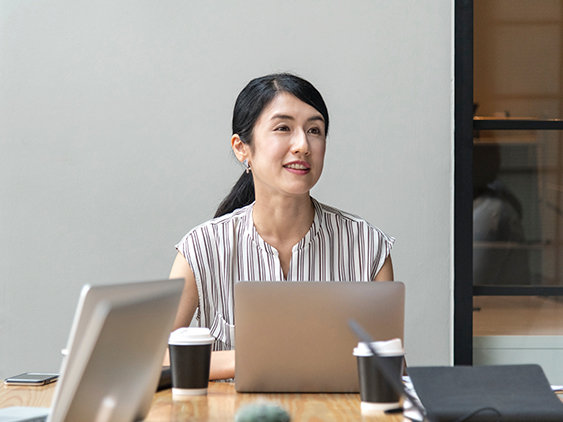 New Research Reveals Misalignment Across Organizations and Three Months Each Year of Employee Time Wasted as a Result of the Complex Nature of Modern Work.

The most powerful work management platform, released new findings that uncover the human cost of work complexities brought about by the Digital Era, which has caused a proliferation of synchronous applications and unstructured work. According to the research report commissioned by Wrike, “Dark Matter of Work: The Hidden Cost of Work Complexities,” knowledge workers spend 89 working days a year and five days of personal time on wasted work or work that isn’t accounted for, including duplicate work, unproductive meetings, and information tracking. Nearly 80% of knowledge workers surveyed said they work at cross purposes with colleagues because they have been given tasks that contradict one another, understand instructions differently, or don’t have access to the same information and reach different conclusions.

This work not only creates friction between employees but also a disconnect between leadership and employees, with 57% of knowledge workers stating that their employers don’t understand how hard they work and 68% stating that it’s cost them a promotion. Wrike describes this lack of visibility as the “Dark Matter of Work,” a term coined by Wrike Founder Andrew Filev to describe the vast amount of work that isn’t captured, tracked, or measured against goals because it takes place in synchronous applications and unstructured ways. It has resulted in a level of stress that has a significant impact on productivity and employee retention.

“Organizations have undergone many positive changes in the past few years, adapting quickly to a digital-first mindset, but at what cost,” asks Andrew Filev, Senior Vice President and Wrike General Manager, Citrix. “We’ve seen workers leaving employers in droves for numerous reasons, one of which is just now coming to light. The Dark Matter of Work flies under the radar, but the gravitational force of it is taking a toll on the workforce. It impacts employee productivity and happiness and costs organizations millions of dollars in wasted time, delayed or canceled projects, and employee churn. As business leaders strategize for a turbulent market ahead, I urge them to consider the cost of work complexities and understand how those can be resolved for greater efficiency.”

To shed light on work complexities and calculate the cost to employees and organizations, Wrike surveyed 2,800 business leaders and knowledge workers. The results uncovered low visibility into work due to application sprawl, as well as high stress levels, lack of recognition where deserved, and the loss of talent.

The Digital Era created a new level of work complexities that have been exacerbated over the past few years. The increase in applications and data, along with the fast pace required to survive, has created a black hole of work that exists in synchronous tools and unstructured work, such as instant message threads and video calls, as well as the gaps between systems and applications that aren’t integrated. Without a single work platform that is powerful and versatile enough to track, manage, action, and align all work to goals across an organization, there exists a threateningly low level of visibility amongst knowledge workers and leaders. Just as CERN, the European Organization for Nuclear Research, identified Dark Matter as the “invisible” content that makes up 95% of the mass of the universe, the same can be said about work today. Wrike research found that half of all work is not visible to key stakeholders, with knowledge workers saying there is even less visibility into work than business leaders believe, causing friction and productivity issues across the organization.

Wrike’s survey uncovered data that supports the existence of the Dark Matter of Work and the very real cost it has on the workforce, including:

“The disconnect between leaders and employees stemming from the Dark Matter of Work not only causes a rift in actions and business objectives, it breeds a culture of discontent,” says Alexey Korotich, VP of Product, Wrike. “Our mission is to free everyone from the work complexities of today and tomorrow so, together, they can collaborate, create, and exceed every day. We do this by bringing all forms of work into a single source of truth, so leaders have full visibility and employees are recognized for their contributions. In order to succeed in the coming years, organizations must seek out a powerful work management solution now. It’s the only way to enable teams to truly work as one.”