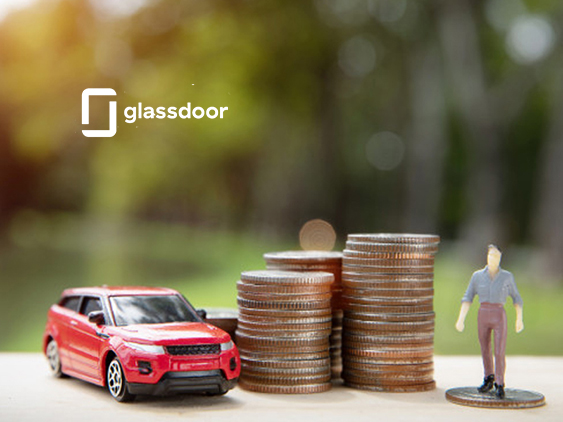 Today Glassdoor, the worldwide leader in insights about jobs and companies, will share critical research and provide testimony to the United States Congress setting forth how enhanced pay transparency can reduce gender and racial pay gaps and improve workplace diversity & inclusion (D&I). Glassdoor Chief Economist Dr. Andrew Chamberlain will testify before the House Financial Services Diversity & Inclusion Subcommittee during the hearing, “Closing the Racial and Gender Wealth Gap Through Compensation Equity.”  The hearing will commence at 12 p.m. Eastern Standard Time. Dr. Chamberlain will testify on the status of gender and racial pay inequities, the nature and underlying causes of racial and ethnic pay inequities existing in the workplace today, and how potential transparency-driven solutions can address and help remedy these issues.

Although nearly 9 in 10 employees believe men and women should be compensated equally for similar work and experience levels1, Glassdoor Economic Research has tracked the existence of gender pay gaps in the workplace. A 2019 multi-country study, Progress on the Gender Pay Gap, using millions of anonymized salaries on Glassdoor showed an unadjusted pay gap between U.S. men and women2 of 21.4 percent, meaning women earn, on average, $0.79 for every $1.00 men earn. This is a 2.7 percentage point shrink from 2016.  Even after controls for education, work experience, location, industry, job title, and company are applied to help examine the impact of unexplained barriers, the study shows a 4.9 percent adjusted pay gap still exists. Even though progress was noted in the 2019 study, it’d still take 50 years for steady progress to close the gender pay gap, the research found.

A well-known fact about the U.S. labor market is that there are significant pay gaps among racial and ethnic groups as well as gender, and that gender pay gaps are substantially larger among some race and ethnicity groups. Dr. Chamberlain will preview forthcoming research that shows pay inequities exist for men and women across racial groups. The findings show Indigenous American or Alaska Native women make the least, $0.69 for every $1.00 white men earn. For Black women, it’s $0.71 and for Hispanic women it’s $0.76. Asian women earned more on average than white men at $1.06, data shows. Similarly, Indigenous American or Alaska Native men ($0.84), Black ($0.85), and Hispanic ($0.86) men made less on average than white men, with Asian men the only group to see the highest pay across all groups with $1.27.

“In today’s fast-changing economy, the United States can no longer afford to leave millions of women and members of underrepresented groups sidelined in jobs that pay them unfairly, fail to fulfill their full economic potential, and stand in the way of their personal and professional growth. The key to sustaining and building a dynamic and prosperous U.S. economy into the future is to ensure that every American has a pathway to make their best possible contribution and to ensure they are equitably compensated,” Dr. Chamberlain said in pre-submitted remarks.

Pay is not the only dimension on which inequality is experienced in the workforce today. New Glassdoor Economic Research, America’s Workplace Diversity Crisis: Measuring Gaps in Diversity & Inclusion Satisfaction by Employee Race and Ethnicity, released today shows employee sentiment around D&I differs significantly across racial and ethnic groups. The report found Black or African American workers report an average D&I rating of 3.49 on a 1-to-5 star scale, well below the average of 3.73 stars across all workers. Even after accounting for differences in employees’ occupations, industries, company sizes, genders, lengths of time on the job and more, the study found that Black or African American employees still rate workplace D&I nearly 8 percent lower than their white colleagues. The study also found that this pattern of lower D&I opinions among Black or African American workers has only worsened since 2019. Addressing perceived workplace satisfaction can help address pay disparities, Dr. Chamberlain said, as research shows pay and workplace satisfaction are closely linked.

At Companies Where Recognition Incorporates D&I, 3X as Many Employees are Highly…

Medallia and ServiceNow Provide a More Comprehensive View of…