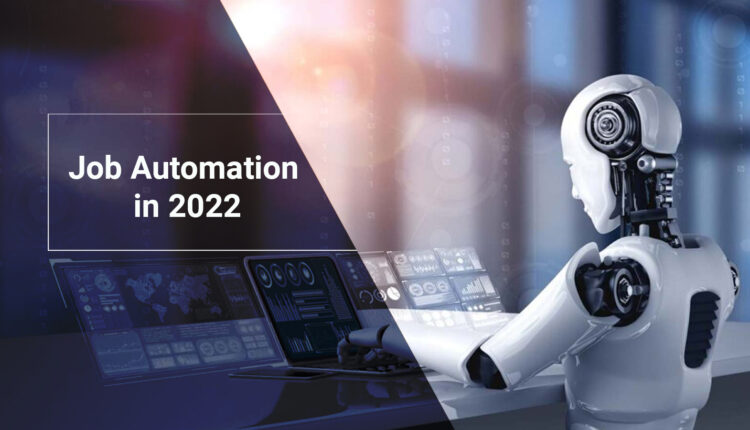 The Great Resignation forced businesses everywhere, from retail to the supply chain and logistics industries, to face severe labor shortages. The figures are grim, with 40% of workers in 31 global markets deciding to quit at an all-time high. Despite the fact that over 75 million Americans will be hired by 2021, nearly 70 million will leave. (2022, Deloitte) This begs the question: is the job loss predicted by the University of Oxford in 2013 finally becoming a reality?

Americans quit their jobs thanks to low pay, a lack of advancement opportunities, and a sense of disrespect (Parker & Juliana Menasce Horowitz, 2022). In contrast, the University of Oxford conducted a study titled The Future of Employment: How Susceptible Are Jobs to Computerization? Computerization and automation are expected to cause job losses. Frey and Osborne (2013) So far, records show that workers are leaving on their own volition, rather than being forced out by robots, machine learning, and automation.

The Oxford study has been questioned, critically examined, and thoroughly investigated numerous times for potential gaps. In 2018, its authors stated that the study only addresses one aspect of work and cannot predict how many jobs will be automated or whether other factors will be considered. While automation is replacing certain human tasks, the World Economic Forum believes that how people deal with the change will determine its impact. That task now is to train the workforce for future work rather than to protect jobs that computers can do better. 2022 (Advaithi) As a result, people must be prepared to thrive in this new environment.

Findings from an Oxford Study on the Future of Employment

The Oxford study’s premise is simple: if a machine (a.k.a. AI, machine learning, robotics, computer, etc.) can automate a job, humans lose that job. The study used predictive modeling to categorize 702 jobs as having a high, medium, or low risk of computerization and concluded that 47% of them can be replaced by machines. Overall, routine jobs with little creative or interpersonal demand are the most vulnerable to automation.

The loophole in the study

Consumers get contentment from seeing specific services conducted by humans, so robots taking over these jobs in the near future are unlikely. However, cultural and public opinion shifts may allow automation to become a reality even in these industries.

Jobs Likely to be Replaced by Robots

According to the Oxford University study findings, the first sectors to be impacted by automation are transportation and logistics, office and administration, and production labor. The study also discovered a high likelihood of automation in the service, sales, and construction industries. Other industries that are being replaced by machines include farming, fishing, and forestry, as well as installation, maintenance, and repair. Some STEM careers may also be jeopardized, as there are some tasks that would benefit greatly from automation and robotic maneuvers, particularly when dealing with hazardous materials.

The following are the top ten jobs that are most likely to be automated:

Jobs that are the Least Likely to be Replaced by Robots

Jobs that operate in an unstructured environment or do not follow a strict routine are said to be immune to automation. These jobs frequently necessitate a high level of creativity and subjective input, areas where even the most advanced computers fall short. These jobs may also rely on social skills and interpersonal relationships, in other words, human characteristics that no robot is expected to assume anytime soon. Social science majors’ jobs are among the least likely to be taken over by robots.

The following are the top ten jobs that are least likely to be automated:

What Other Research Says

Two studies that contradicted the Oxford study’s “47%” claim stand out for arriving at a much lower risk of job loss. According to a ZEW Mannheim study, when all occupational variables are considered, only 9% of jobs are likely to be lost to automation (Arntz, M., et. al, 2017). According to the Mannheim researchers, the share of automatable jobs fell significantly when the “heterogeneity of tasks” was considered, not only across different jobs but even within a single job role. They argue, for example, that one telemarketer does not face the same risk of job loss due to automation as another. To assess the risk, the authors used gender, age, educational level, and income.

However, the Oxford study researchers believe that a machine capable of doing the job will not discriminate against the demographic variables of its human counterpart. Otherwise, “a female taxi driver with a Ph.D. is less likely to be displaced by a self-driving car than a man who has been driving a taxi for decades,” they reasoned. They claimed that the analysis was flawed.

Meanwhile, an OECD study found that the rate of job loss due to automation is only 14%. (Nedelkoska, L. and Quintini, G., 2018). According to the OECD researchers, an additional 32% of jobs are at risk of being significantly altered but not lost as a result of automation. Unlike the Mannheim study, the authors of the OECD study did not include demographics, which may account for the higher job-loss rate (9% vs. 14%).

Nonetheless, the OECD figure is significantly lower than the 47% found in the Oxford study. While the Oxford study considers a job to be fixed and rigid across different scenarios, ignoring variables (e.g., a truck driver is a truck driver regardless of his income, gender, or educational attainment), the OECD study assumed other factors are at play that will affect a job’s exposure to automation. The OECD authors, however, did not elaborate on what these variables are, as the Oxford authors pointed out.

Regardless, all three studies agree on one point: the nature of tasks and the capabilities of today’s computers can be used to predict the impact of automation on employment. The more repetitive the tasks, the easier it is to automate them, resulting in a “robot” taking over the job. In contrast, there is a general consensus that creativity and interpersonal skills appear to be the more potent antidote to a robot taking over your job. A sociology degree would be useful in this case because it requires an understanding of societies that a machine may not be able to achieve.

People Are Not Quitting Due to Automation

The data also calls the Oxford study into question. According to a Payscale poll from 2019, 25% of workers are looking for a higher salary elsewhere, 16% are looking for a new job because they are unhappy, and 14% want to work for a company that shares their beliefs. 11% planned to relocate, while 2% desired greater flexibility. McCarty (2019)

A more recent discovery appears to support Payscale’s findings. According to a Pew Research Center poll, the reasons workers leave their jobs are inadequate pay (63%), a lack of opportunities for advancement (63%), and feeling disrespected (57%). Furthermore, nearly half of parents with children under the age of 18 quit their jobs due to childcare issues. Lack of flexibility in choosing when they work (45%), as well as a lack of benefits such as health insurance and paid time off (43%), are also concerns. (2022, Parker and Juliana Menasce Horowitz)

The one point on which all studies agree is that automation will alter the labor landscape. Will a robot replace you? Yes, if your tasks are repetitive, structured, and repeatable by a machine. However, you do not have to be jobless in the future.

RoboMQ Launches Major Product Enhancements to Hire2Retire in Phase 4.2 and 4.3…