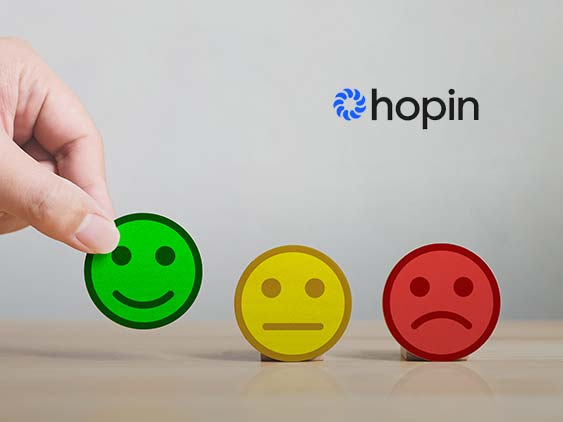 Anthony Kennada Named as CMO, Sarah Manning as VP of People, and Jonathan Killeen as Head of Remote

Johnny Boufarhat, CEO and Founder of Hopin said: “We are creating a portfolio of products to build the future of live video collaboration and remote community. As we’ve seen, the importance of providing unparalleled virtual and hybrid event experiences has never been greater and this latest funding is a reflection of how critical it is as brands look for ways to connect with people and avenues of growth. To enable this, we are investing more in video innovation, the core medium of digital collaboration. We’re incredibly appreciative of the confidence from our investors who share Hopin’s vision for a better connected world. This is a testament to the dedication of the Hopin team, which works hard to deliver for our customers.”

In addition to the investment, Sriram Krishnan, general partner at Andreessen Horowitz, will join Hopin’s Board of Directors.

“Hopin’s leadership team brings together business, event and software expertise that puts them in a unique position to dramatically transform the way we connect and interact with each other through events,” said Mr. Krishnan. “We believe that Hopin is the leader in this space and couldn’t be more excited to partner with the team on their bold vision.”

Hopin will use this capital to accelerate growth, including scaling its operations, team and platform to meet the demands of its expanding customer base and support its multi-product business. Hopin’s technology is already being used to power the digital component of hybrid experiences in events across Europe, and as announced last week, will soon power new hybrid meeting solutions across the Marriott portfolio of hotels in the United States and Canada. Hopin has scaled from six to more than 400 employees since the beginning of 2020 and grown from a few hundred event creators to more than 85,000 organizations with millions of attendees showing up each month. Hopin will continue investing in the development of its platform technologies in areas such as video and mobile, which are crucial to defining the future of hybrid events and making them a seamless experience. Hopin recently acquired mobile app development company Topi and video streaming company StreamYard, adding StreamYard’s 3.6 million video content creators to its base.

“Johnny and the team have built one of the fastest-growing SaaS companies in history by turning a period of unprecedented disruption into an opportunity to redefine how we gather virtually, in-person, and on the entirely new spectrum of experiences that fall in between,” said Quentin Clark, managing director at General Catalyst. “The scale and speed at which they’ve been able to build Hopin into a global business is impressive. It’s also a clear reminder of the significant depth of enterprise and SaaS talent that exists in Europe today.”

Hopin is also announcing the appointment of three new executives to its leadership team. Anthony Kennada joins the company as chief marketing officer (CMO), Sarah Manning serves as the vice president of people, and Jonathan Killeen has been named the head of remote.

Mr. Kennada brings extensive GTM experience building the iconic brands of some of the most notable enterprise software companies in the world. He most recently held the role of Chief Marketing Officer at Front, the leading customer communication company. Prior to Front, Mr. Kennada was the founding CMO at Gainsight, where he is credited with creating the customer success software category. During his time at Gainsight, he created the Pulse brand of conferences that host over 5,000 attendees at San Francisco’s Moscone Center every year, as well as thousands of attendees at sister conferences in London and Sydney. Mr. Kennada published his marketing playbook at Gainsight with Wiley in 2019 in a book titled Category Creation: How to Build a Brand that Customers, Employees, and Investors Will Love.

Ms. Manning is a strong and proven global HR leader, having worked in large corporations and rapid growth startups. She has successfully partnered with executive leaders on their global people strategies and has led HR teams distributed across four continents. She joins Hopin after serving in senior HR roles at Zendesk and BT.

“An opportunity to co-author the future of the events industry with event professionals across the globe was an opportunity that I could not pass up,” said Mr. Kennada. “I’m thrilled to partner with Johnny, the amazing Hopin team, and our incredible customers to build a brand that can become a purpose-led and community-enabled platform for the entire industry to collaborate on defining the future.”

Capgemini Strengthens Its Strategic Partnership With Microsoft in North America