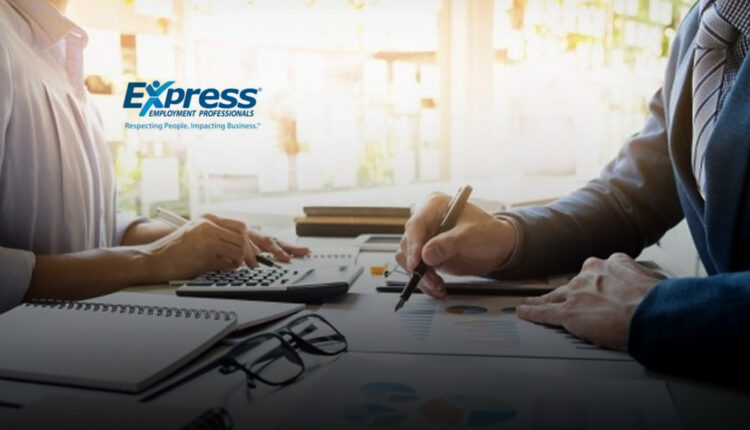 According to a new survey released today, 44% of Canadian companies expect to increase wages in 2021. The survey also found that benefits are likely to remain unchanged, with 68% of companies reporting they anticipate benefits to hold steady in the year ahead.

The survey from The Harris Poll, commissioned by Express Employment Professionals, reveals that while more than 2 in 5 Canadian hiring decision-makers expect the average wage at their company to increase this year, only 11% expect wages to decrease in 2021, with the remainder (39%) expecting to keep pay rates the same.

The survey also found that benefits will likely remain unchanged in the year ahead, as more than two-thirds (68%) of companies expect employee benefits to remain steady from 2020. Only 1 in 5 companies (20%) expect benefits to increase in 2021, while 9% expect their company’s benefits offerings to decrease.

These survey findings mirror what Express experts see in their local markets.

In Halifax, Nova Scotia, Express franchise owner Shane DeCoste reports that upcoming minimum wage increases, in addition to labour shortages in many sectors and industries, will drive up wages in the year ahead.

“There has been a large amount of change in the workforce since last March and employers are now aggressively ramping up for a busy 2021 trying to get growth back on track,” DeCoste said. “We’re continuing to see a battle for the best talent and the labour market is picking up where it left off prior to COVID-19. With shortages in qualified talent, we expect to see wage increases continue in order to attract candidates.”

Niven Lee, an Express franchise owner in Delta, British Columbia, sees the same trend of labour shortages and a fierce hunt for talent driving up wages.

Express experts also point to logistics, accounting, and sales, among other industries, that are most likely to raise wages in 2021.

The outlook in Vaughan, Ontario differs slightly. Express franchise owner Melody McPhee reports that wages are expected to remain mostly flat in the year ahead.

“In our market, we expect small increases aligned with inflation, and fewer and smaller bonuses,” McPhee said. “Companies are cautious about our rebounding economy and have allocated smaller amounts for salaries than originally anticipated.”

In terms of benefits, Lee, DeCoste and McPhee agree that benefits have become a top consideration for job seekers, but they expect benefits to remain relatively flat this year.

“Benefits are more important as a result of the pandemic, but it will not become a major consideration for companies until the pandemic is in the rear-view mirror,” Lee said.

DeCoste cautions that companies that want to retain top talent will have to start offering more competitive benefits as soon as possible or risk losing out on top talent.

“Many employees have been impacted by the pandemic and some of them may have had to rely on a benefits program for support or felt the need to have a stronger benefits program because of pandemic challenges they faced,” DeCoste said. “As a result, benefits are coming up more often as a consideration in the total compensation package.”

While there are still many unknowns about the strength of the economy as 2021 progresses, rising wages is an encouraging sign.

“Controlling the COVID-19 pandemic continues to be the largest factor standing in the way of a full recovery, and I’m very pleased to see businesses are optimistic for hiring to continue picking up,” Express CEO Bill Stoller said. “Businesses now need to take a look at what they can afford to hire, and retain, the best and brightest for their operations.”

Survey Methodology
The survey was conducted online within Canada by The Harris Poll on behalf of Express Employment Professionals between Nov. 16 and Dec. 7, 2020, among 506 Canadian hiring decision-makers (defined as adults ages 18+ in Canada who are employed full-time or self-employed, work at companies with more than one employee, and have full/significant involvement in hiring decisions at their company). Data was weighted where necessary by company size to bring them into line with their actual proportions in the population.