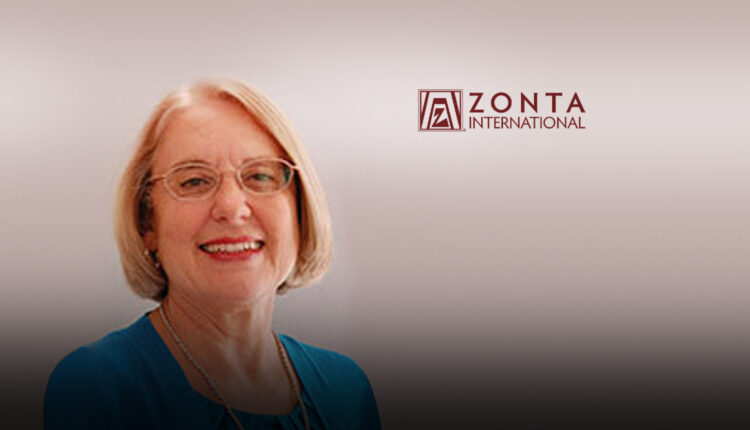 “Today, we close out Zonta’s first 100 years. It is time to focus on the future,” Langenbeck said during her installation. “But there is one thing we must never lose sight of from our first 100 years, and that is the vision that our founders in 1919 had for achieving women’s equality. Today, we still need to push for change.”

Langenbeck was voted the President-Elect at the Zonta International Convention in Yokohama in 2018. She has previously served as vice-president, international director and in various other leadership roles.

Langenbeck, Ph.D., retired in 2008 from the Jet Propulsion Laboratory, where she held both line and project management positions. While section manager of mechanical engineering, she managed more than 200 engineers designing and developing space flight hardware and was responsible for all technical, cost and schedule performance of the section’s business.

Before joining JPL in 1990, Langenbeck spent 11 years at the Lockheed-California Company, where she held both line and project management positions. While working at Lockheed, she was also a part-time faculty member at the California State University at Northridge where she taught classes in structural materials.

Langenbeck received her engineering degrees in mechanical and aerospace engineering from the University of Missouri-Columbia. She received her B.S. in 1974, M.S. in 1976 and Ph.D. in 1979. In 1977 and 1978 while pursuing her doctorate, she was awarded the Zonta International Amelia Earhart Fellowship.