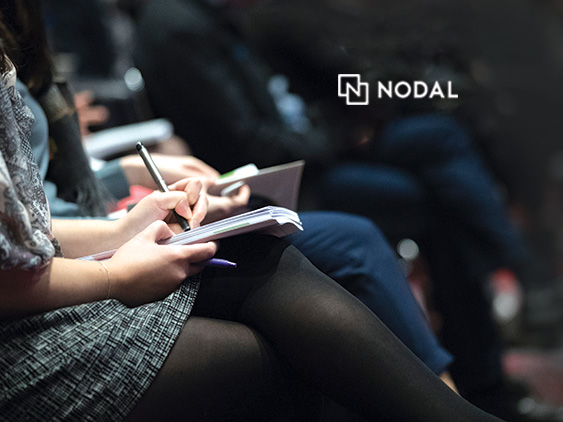 Garreth Gaydon joins the company as the Director of Talent Engagement

Garreth’s role at Nodal will focus on helping the company to continue to attract the best talent while also driving sign-ups amongst both freelancers and agencies to the platform.

The role will see him report directly into Founder and CEO, Oliver Hibbs-Brockway, ahead of the launch of the world’s first blockchain-powered recruitment platform this Spring.

Commenting on the announcement, Oliver Hibbs-Brockway, Founder and CEO of Nodal, said:“Garreth brings a wealth of experience to the role, having spent years heading up talent teams at exactly the kind of agencies we want to be working with. He is an expert within creative industry recruitment and his knowledge, contacts and experience are second to none. I have every confidence that Garreth will be a driving force in the ultimate success of our platform.”

Gaydon joins Nodal with nearly two decades of experience within the creative service industry. Originally training as an artist, he soon moved into production before transitioning into a career within recruitment.

Gaydon spent over six years with Escape Studios as Head of Recruitment and later Head of Commercial before moving to The Mill, one of the UK’s leading VFX and Creative Content studios, in 2015. Leading The Mill’s talent team for three years, Gaydon oversaw the company’s overall talent strategy, with a focus on hiring and retaining the sector’s best talent.

Garreth Gaydon, Director of Talent Engagement, added:  “Having worked agency side for more than a decade, I’ve seen first-hand the significant pressures that are placed on talent teams to find the right people, at speed, in order to get the job done. Verifying the skills and experience of potential candidates is a crucial but exceptionally difficult process – and something that all recruiters would love to solve.

“Having spent time with Oliver and discussed his concept for the Nodal platform, I knew instantly that it was an important project and something I wanted to be part of. I believe that Nodal will transform the recruitment industry, both for employees and employers – and I look forward to being part of its growth story.”

Founded in 2017, Nodal is a fully-automated talent platform that aims to dramatically reduce the amount of time and money spent on recruitment, onboarding, payroll and management for both freelancers and employers.

The organisation recently announced a significant Series A funding round.

Developed to reinvent the recruitment process by creating a fairer, more transparent system for both freelancers and their clients, Nodal uses a custom-built blockchain to record and verify all transactions. Using blockchain, the platform will seamlessly automate timesheets, the on-boarding of freelancers and compliance, while guaranteeing that the skills and experience quoted matches those of the candidate – with data kept securely on a decentralised ledger.

The platform will launch across the Creative, VFX, Film, Construction, Property and Engineering sectors in Spring 2019. Further sector expansions are planned.

Next Level Reveals Cause and Effect of Linkage to Exec Advancement