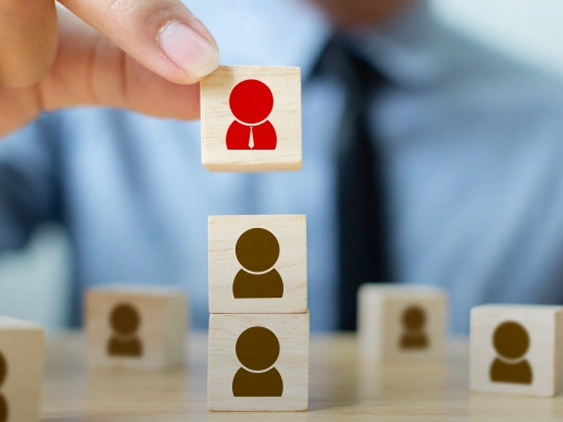 interviewing.io, the technical interview practice platform that is reinventing how software engineers get hired, announced it has raised a $10 million series A led by M13. On the interviewing.io platform, software engineers can book mock interviews with the interviewing.io roster of hiring managers from FAANG (Facebook, Apple, Amazon, Netflix, Google (Alphabet)). Those who become the strongest performers, regardless of their background, get fast-tracked for interviews at top tech companies. The twist: interviews are anonymous, and only once they pass the technical interview does the company get access to information about the candidate.

“We have that. No one else, not even LinkedIn, has that information.”

interviewing.io’s approach saves companies 220 hours of valuable recruiter and hiring manager time per hire and gets them what they need: a steady stream of strong, senior engineers who are looking for a new role. Forty percent of the hires made through the interviewing.io platform come from non-traditional backgrounds (lesser-known schools or past employers, no degree, etc.). Many were previously rejected by the very same company when they applied with their resume: one candidate was rejected three times before getting hired by the same company on interviewing.io.

“The only way to effect real change in hiring is to make doing the right thing cheaper and faster for employers, and that’s exactly what our performance-based system does,” said Aline Lerner, founder and CEO of interviewing.io. “We’re living proof that the concept of ‘lowering the bar’ to diversify your talent pool is ridiculous. Many of our engineers who come from top schools or companies get outperformed by their non-traditional counterparts. We get companies the best engineers, period, and not only raise the bar but save them hundreds of hours.”

In more traditional hiring processes, recruiters start by searching LinkedIn for engineers who’ve attended specific schools or worked at specific companies. Unfortunately, credentials on resumes aren’t the best indicator of a great candidate, and many of those candidates aren’t actively looking for work. Between the time spent on sifting through LinkedIn, doing outreach, and interviewing the wrong people, it takes top-tier tech companies 255 hours to make one hire.

For engineers, looking for a job varies from unpleasant to impossible. If a candidate doesn’t look good on paper, their odds of getting their foot in the door at top companies are slim. But even if they do, they face an additional roadblock: the technical interview. Technical interviews are hard for all engineers, regardless of background or seniority. These interviews don’t cover the work that engineers do day-to-day, and like standardized testing, are a learned skill. Even senior engineers from FAANG spend weeks to months practicing before they change jobs. For those not in the elite, the “technical interview practice gap” is often an insurmountable roadblock.

interviewing.io solves for both of these inefficiencies by removing resumes from the process while democratizing access to interview prep, effectively putting all candidates on a level playing field before surfacing top performers. Candidates from their platform have been hired by Facebook, Twitch, Lyft, Snap, Dropbox, and Goldman Sachs, and other top-tier companies.

“interviewing.io gives us the chance to interview people we might normally pass on,” says Chris Lyon, Head of Talent at CaptivateIQ, who previously used interviewing.io at Twitch and WeWork. “When given the chance, they perform better than most other candidates.”

interviewing.io is gaining traction; about ⅓ of the Bay Area’s engineers are users of the platform (most of them are senior — the median years of experience is 6.5), and an engineer signs up for interviewing.io every eight minutes.

“Every mock interview left me with specific, actionable feedback, and it didn’t take long to see serious improvements in my performance and the number of onsites I was booking,” says Jesse Busma, one of the platform’s recent users. “Eventually, I accepted an offer from Facebook, [without a computer science degree].”

HR Technology News: Workato Targets to Double Its Asia Pacific Workforce After Being Accredited by IMDA

M13 Partner and Head of Talent Matt Hoffman said, “Finding and hiring the best engineering talent is one of the most prolific challenges high growth companies face. It’s not because of lack of effort by recruiting teams, who can spend 255 cumulative hours over three months to hire an engineer. It’s because the pool can be so small, and identifying and assessing them in a valid, bias-free way can be so difficult. interviewing.io is the only platform that actually increases the pool of qualified engineering candidates. Aline and her team do that by helping job-seeking engineers improve their technical interviewing skills, matching them with relevant companies so they get hired faster. And engineering teams can focus their efforts on active candidates from all backgrounds who they know are qualified, reducing cycle time on both ends. Given the company’s 5x year-over-year growth, it’s clear that interviewing.io is working for both engineers and recruiters alike.”

Beyond surfacing non-traditional candidates, interviewing.io’s other value-add is that while, to the rest of the world, their users look like they’re not on the market — they don’t update their LinkedIn or start blogging or tweeting — interviewing.io knows they’re about to look because they’ve started practicing on the platform.

“If you think about searching for engineers on other recruiting platforms, there are 50 kajillion filters for everything from years of experience to past employer to university, but they’re missing the 2 filters that matter most: is the candidate good, and are they actively looking?” says Lerner. “We have that. No one else, not even LinkedIn, has that information.”