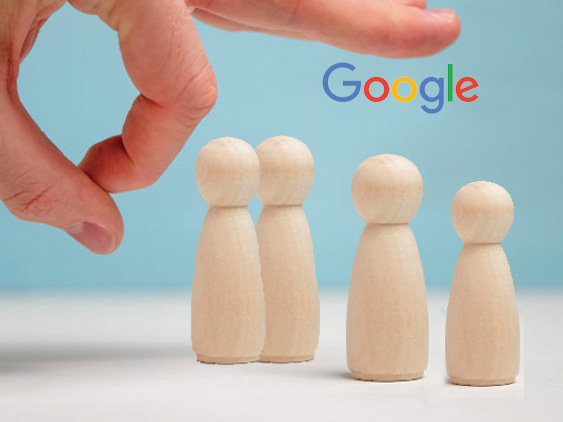 Google  fired four employees who had been active in labour organising at the company, according to a memo that was seen by The New York Times.

The memo, sent by Google’s security and investigations team, told employees that the company had dismissed four employees “for clear and repeated violations of our data security policies.” Jenn Kaiser, a Google spokeswoman, confirmed the firings but declined to elaborate.

The dismissals are expected to exacerbate rocky relations between Google’s management and a vocal contingent of workers who have protested the company’s handling of sexual harassment, its treatment of contract employees, and its work with the Defense Department, federal border agencies and the Chinese government.

Tensions have increased as Google has cracked down on what had long been a freewheeling work culture that encouraged employees to speak out. Google recently cancelled a regular series of companywide meetings that allowed workers to pose questions to senior executives and began working with a consulting firm that has helped companies quell unionisation efforts.

The changes are a remarkable turn for a company that has been considered a standard for the modern workplace. Google introduced many of the office perks that are now common across Silicon Valley, and its embrace of transparent relations between workers and management has influenced a generation of startups.

This month, Google placed two employees, Laurence Berland and Rebecca Rivers, on administrative leave, saying they had gotten into confidential documents that were not relevant to their work. They were among the four workers who were fired, according to two people familiar with the dismissals.

Rivers confirmed her firing on Twitter on Monday. The identities of the other two employees were not clear Monday evening.

Berland and Rivers could not be reached for comment. The memo announcing the firings was first reported by Bloomberg News.

Berland and Rivers spoke about their suspensions at a rally attended by more than 100 Google workers outside the company’s San Francisco offices. Both said that they had raised objections internally over Google’s work with Customs and Border Protection but that they had not gotten access to documents they were not authorised to view.

In the memo, Google said the fired employees had repeatedly searched for, looked through and distributed information “outside the scope of their jobs.” One of the workers set up notifications to receive emails detailing the work and whereabouts of other employees without their knowledge or consent, the memo said.

“This is not how Google’s open culture works or was ever intended to work,” the memo said.

When asked last week by The Times, Google could not point to a specific rule that forbade setting up these notifications but said it was investigating to determine if this and other behaviour violated the company’s code of conduct.

The Tech Workers Coalition, an advocacy group, said on Twitter on Monday that the four employees had been fired for “organising at work” and encouraged workers at Google to “speak out against this draconian act.”

“This is meant to scare workers, don’t let it,” the tweet said.

Veena Dubal, an associate professor at the University of California’s Hastings College of the Law, said, “It does seem like this termination was in direct response to their organising.”

She added, “I am skeptical that this was about how safe other people felt, and more about how effective these people were in the workplace in terms of organising their co-workers.”

In August, nearly 1,500 Google workers signed a petition asking the company not to pursue a contract with Customs and Border Protection, which they said was complicit in “human rights abuses.” In September, Google hired a former member of the Department of Homeland Security staff, Miles Taylor, a move that provoked a backlash from workers who objected to the Trump administration’s family separation policy. Google deleted questions about Taylor’s employment from internal systems, BuzzFeed News reported.

At the rally Friday, Rivers said Google security staff had interrogated her about her involvement in the petition. Berland said he had also worked on the petition and raised questions about the company’s decision to hire Taylor.

“If we can’t speak up about these issues that concern us about our work,” Berland said, “how can we ever hold ourselves and each other to the high standard that we need and the world deserves? Silence and secrecy are not the way for us to come together to solve problems.”

Google employees at the rally said they were protesting the suspensions of Berland and Rivers and demanded that they be returned to work.

“Google has suspended them from their jobs and interrogated them for speaking out,” said Stephanie Parker, a Google worker who spoke at the demonstration. “We are here today to show them our support and to demand that Google bring them back to work immediately.”

G2 Recognizes JazzHR As a “Leader” in the Recruiting Software Category