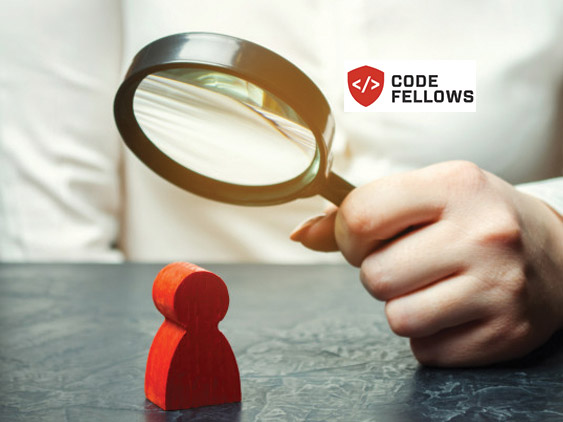 “Our new placement reporting standard is built upon the same core tenets held by other established legacy standards, while addressing a number of common shortcomings,” said Jeff Malek, CEO of Code Fellows. “This reporting standard is straight-forward, concise and comprehensive. Best of all, the outcomes reflect the tenacity, grit and hard work of the Code Fellows family – our students and staff – toward transforming lives.”

Unlike other code schools, Code Fellows’ definition of a job seeker doesn’t require opting into, or being eligible for a career services program, nor does it exclude people who find jobs out of field. Additionally, because some students will accept early, in-field job offers and leave prior to graduation, Code Fellows deems it important to include them in its reporting.

Per Code Fellows’ new standard, landing a job as a software developer seven months after graduation is considered in-field placement, while schools using the standard set by the Council on Integrity in Results Reporting (CIRR) would consider the same graduate as “unemployed and seeking.” The outcomes report and its underlying data is examined and validated by a third-party CPA firm, Clifton Larsen Allen.

While Amazon, Microsoft, and Expedia have hired Code Fellows graduates by the largest numbers, hundreds of other companies have followed suit, including Facebook, Avalara, CBRE, and Eventcore. Code Fellows graduates fill a variety of tech roles, from web and app developers to systems analysts and technical program managers.

“We know that the end goal for most students attending Code Fellows is to secure a job in the tech industry,” said Mitchell Robertson, Vice President of Code Fellows. “Most job seekers will land employment as a Software Engineer or Web Developer. Some are also pursuing careers in Data Science, Machine Learning, DevOps, and other back-end and data-heavy fields. We’re very honored to be a part of their journey and very proud of our students’ achievements, the performance of our curriculum, and the impact we’ve had in their lives and here in Seattle.”

All Code Fellows courses, from Code 101 workshops to the new Code 501 series, focus on modern skills taught by professionals in the industry. For aspiring developers, Code 101 workshops and Code 201 courses focus on the fundamentals of software development. Code 301 students continue to learn how to create and launch interactive web apps in HTML, CSS, and JavaScript, while gaining valuable experience with technologies and tools used by developers around the world. Developers who are ready to dive deep into a specific programming language can level up their skills in Code 401, where they can specialize in Full-Stack Javascript, iOS, Java, ASP.NET Core, or Python.

“Most software development is done by teams who work together, in person,” said Malek. “It’s crucial to be immersed in the same environment while learning. We also believe that a team with members who represent a broad diversity of perspectives will produce the best results. Our students come from all walks of life, whether they’re a veteran using their GI Bill funds, a member of the LGBTQ+ community who recognizes our commitment to inclusion, or a struggling self-taught coder who learns that we’re the only code academy with a structured tutoring program. We’re part of a truly remarkable community.”

As a result of Code Fellows’ success, several new coding schools around the world – from Canada to the Caribbean to the Middle East – have licensed the program to power their practice. The curriculum is also reaching underserved communities in Seattle, a core mission of Code Fellows. Since the trade school’s opening in 2013, its student demographic reflects 49 percent non-male and 49 percent minority enrollment. In that time, Code Fellows has also awarded $2.7 million in scholarships to economically disadvantaged students.

“I wouldn’t have been able to go to Code Fellows without the scholarship,” said Caleb Wells, a 2018 graduate who is now working as a Software Design Engineer for Alaska Airlines. “It’s daunting to think about the amount of time you need to devote to learning all of this new information, and not many people can afford to do it without help.”

“We want to see more people discover their potential in software development and start high-paying careers in tech, and see communities add more diversity to the tech industry across the U.S. and beyond,” Robertson said. “We’ve witnessed the difference that fast-paced, job-focused training makes in Seattle, and want to help others bring the power of tech education to their communities.”