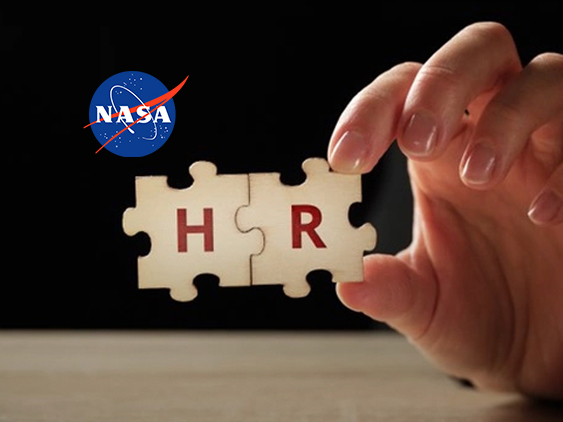 Susan Whitfield describes her childhood as idyllic. She grew up in Killen, Alabama, before the tiny town in the state’s northwest corner had a red light and spent her summers swimming in a creek.

Growing up, the possibility of working for a place like NASA never crossed her mind. Neither of her parents graduated from high school, and no one in her family had finished college. Those barriers couldn’t stop Whitfield, who went on to be high school valedictorian, earn a college degree, and work for the U.S. Army before beginning a three-decade career with NASA.

In January, she was named human resources director at the agency’s Marshall Space Flight Center, in Huntsville, Alabama.

“Life throws you curves,” she said. “I always wanted to be a teacher. I do get to teach people in many ways in this job. I never dreamed that I would be in the position that I am. It’s been a wonderful career. I don’t have words to describe it.”

Whitfield credits her success to her mother, Shelby Jean Smith. Her father, Franklin D. Smith, died in an automobile accident when she was 9. Shelby, a stay-at-home mom with no driver’s license, found herself a single parent raising three children. Shelby learned how to drive by practicing in the family’s driveway. She got a job in a school lunchroom and worked her way up to manager and took a second job at a bakery to make ends meet. Whitfield said her mother never called in sick or took a day off, even when she should have.

“Watching her overcome the challenges that she did, and how she navigated some really hard circumstances, set the tone for my life,” Whitfield said. “My mom was such a hard worker, and I grew up knowing that women are strong and can get things done, so I’ve always felt very empowered as a woman and knowing that I could do anything that I set my mind to – and remain kind while doing it. I try to instill that confidence for my girls – Skyla and Serena.

“I love our Artemis mission! The first woman going to the Moon – that means something, and it speaks to me. In mentoring women throughout my career, when they ask, ‘How do you get to the next level?’ It’s all within you. It’s hard work. It’s perseverance and believing in yourself.”

Whitfield graduated from Brooks High School in 1982, received a scholarship to the University of North Alabama in Florence, and later earned a bachelor’s degree in technology management from Athens State University in Athens, Alabama.

“My mom did not graduate high school but was the smartest person I’ve ever met,” Whitfield said. “I will forever cherish the look of pride on her face when I gave that high school commencement speech. I lost my mother to cancer when she was 59 – way too young. I strive to live by the example that she set, both personally and professionally.”

In the late 1980s, Whitfield’s husband, Steve, was stationed at the U.S. Army Natick Research, Development and Engineering Center in Massachusetts. Whitfield became an executive assistant at the center in 1988 through the Army’s spouse hiring program, and she worked in a division focused on field operations in support of soldiers. She heard about Marshall from a NASA employee who was a neighbor of Whitifeld’s aunt in Huntsville. Whitfield was intrigued and decided to transfer to NASA in December 1990.

“I was in awe when I was offered a position with NASA,” she said. “I can’t imagine not being a part of this team now. After 30-plus years with the agency, it is part of who I am. I have been blessed with opportunities and the chance to work with some amazing people. NASA’s focus on people, our strong culture of diversity and inclusion, and commitment to innovation are all factors that have contributed to NASA being consistently named the No. 1 agency to work for among large federal agencies.  We live up to the hype. NASA does extraordinary work that has inspired generations – and it’s more than astronauts! Every individual person at NASA is a part of mission success. From janitors to the administrator, it’s a team. It is much more about how you do your work, not just what work you do.”

In 2018, Whitfield took an assignment at NASA Headquarters in Washington, where she was agency project manager for the Mission Support Future Architecture Program for transformation of NASA’s Human Capital Program. She also was deputy director for the agency’s Business Operations Directorate for Human Capital. She became human resources director at NASA’s Glenn Research Center in Cleveland in 2019 and was named to the Senior Executive Service – the personnel system covering top managerial positions in federal agencies. When the chance to return to Alabamapresented itself, Whitfield didn’t hesitate.

“I’m forever grateful for the road I’ve traveled and for the relationships I built,” she said. “But to say that I am happy to be back is an understatement. I feel extremely blessed. Marshall just feels like home to me. I know that I’m bringing back a different skill set, so I’m appreciative of the opportunities that I’ve had at the agency.”

How COVID-19 Accelerated the Adoption of HR Technology