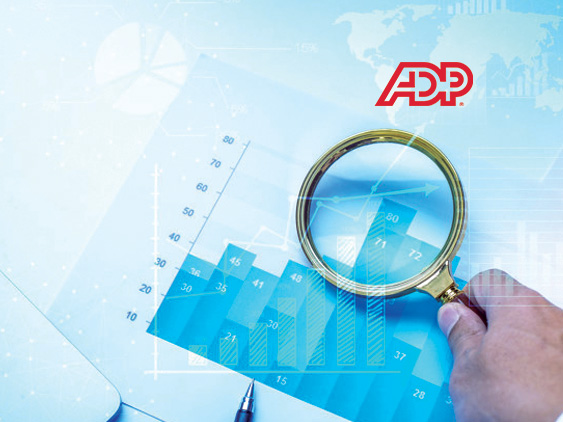 ADP continues as longstanding employer of choice in the Lehigh Valley, bringing 1,000 associates to one of its new ADP Inside Sales Centers of Excellence

“It’s always a great day when I’m celebrating business growth in Pennsylvania, and today is especially exciting because this project is bringing a dynamic group of 1,000 workers to Allentown’s revitalized downtown area,” said Governor Tom Wolf. “And, while I certainly want to give credit to ADP for choosing Allentown as its new home, I also recognize the economic resurgence that’s happening in the Lehigh Valley. Allentown is in the midst of a reinvention and state and local officials are committed to working collaboratively to making the Lehigh Valley once again known worldwide as a place of wealth and success.”

“Today we celebrate more than ADP’s Grand Opening in Downtown Allentown,” remarked Senator Browne. “We celebrate that a Fortune 500 Company has recognized that Pennsylvania’s third largest city in general and Five City Center in particular have much to offer to ADP’s millennial employees: first-class modern office space, a plethora of food and restaurant choices close by, a world-class entertainment venue in the same block, walkability, greenspace and unique urban living spaces. There’s an old saying that a city is not gauged by its length and width, but by the broadness of its vision and the height of its dreams. Thanks to ADP and J. B. Reilly, vision and dreams have become reality. Today marks the singular largest commercial investment in the history of Downtown Allentown.”

“ADP’s arrival downtown has made an immediate extremely positive impact,” said Mayor O’Connell. “Hundreds of new feet are on the street brightening the future for local retailers and restaurants. ADP’s record of community involvement is raising the hopes of our non-profit partners. Allentown has been making tremendous strides and we could not be more proud to be the new home for ADP and its many talented employees.”

“ADP’s commitment to grow in downtown Allentown is nothing short of transformational for this community,” said City Center Investment Corp. President J.B. Reilly. “The impact of having ADP’s bright, active and engaged group of professionals based in Five City Center has already been felt by the downtown’s retail, restaurant, housing, arts and nonprofit communities. Having another corporation come downtown illustrates again that companies – in this case one whose actual business is human resources – recognize that being in a vibrant, urban environment affects their ability to attract and retain talented employees. This move follows a national trend of companies realizing the benefits of moving from suburban to urban locations.”

During the ribbon-cutting ceremony, Carlos Rodriguez, president and chief executive officer of ADP, applauded state and local leaders for their support in helping the organization create a better world at work.

“At ADP, we are focused on designing a better world at work, and this new office certainly lays the foundation for us to fulfill that objective,” said Rodriguez. “We want to provide our associates and clients alike the tools and guidance they need to reach their business goals and fulfill their own potential. I am incredibly grateful to the ADP associates in Allentown, whose dedication enables ADP to innovate and offer the world-class solutions that can help clients and their employees achieve something greater together.”

As one of ADP’s Inside Sales Centers of Excellence, the Five City Center office houses part of ADP’s inside salesforce, which plays a critical role in helping clients find the right HCM solutions for their business needs. Since first moving to Allentown in 2006, ADP has significantly grown its local presence to 1,000 associates, becoming a longstanding employer of choice in the Lehigh Valley with associate retention levels higher than the industry average.

Located in Downtown Allentown, ADP’s Five City Center office features redesigned, modern seating with technology-forward work stations, an ADP medical center, state-of-the-art training facilities and recreational and gaming space among other amenities. The campus also includes a parking deck at Eighth and Walnut streets with apartments wrapped around it, another apartment building at Seventh and Walnut streets, and a park. Sustainably designed, the building incorporates unique features including a “Living Wall” in the lobby, which contains more than two-thousand plants and runs off a smart self-watering system.

ADP is a leading global technology company providing HCM solutions that help companies unlock the potential of their people by uniting HR, talent, time management, payroll and benefits administration. Also a leader in business outsourcing services, analytics, and compliance expertise, ADP serves more than 810,000 clients from small business to global enterprise, and pays one in six workers in the United States and nearly 40 million people worldwide.