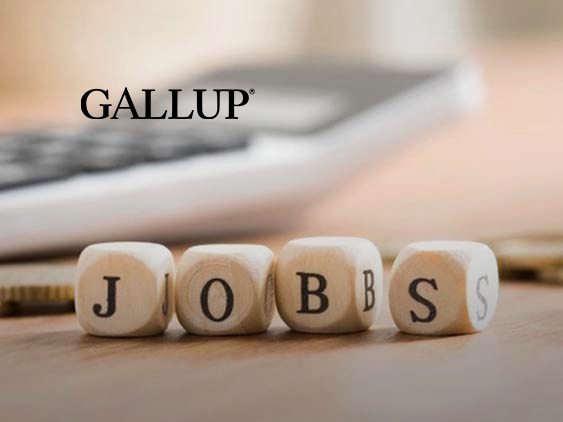 Gallup’s latest State of the Global Workplace Report finds that, despite more than two years of the pandemic, U.S. and Canadian workers seemed to rebound in 2021. Employees reported higher life evaluations than the previous year and declines across several negative emotions. In 2021, 33% of U.S. and Canadian employees were engaged at work and 60% were thriving in their wellbeing, compared to the rest of the world where 21% were engaged and 33% were thriving.

The pandemic years have been marked by a global stagnation in engagement; however, the U.S. and Canada region remains the most engaged in the world, while Europe and MENA have the lowest engagement. Remarkably, South Asia saw the strongest growth in engagement — an increase of 9 percentage points — even as the region saw declines across other measures.

The job market also seems to have recovered. Forty-five percent of currently employed employees around the world said now is a good time to find a job, up slightly from last year but less than the record 55% in 2019. Global job opportunities had been rising steadily in the decade prior to the pandemic.

The regional outlier for this item is the U.S. and Canada region, which leads at the world at 71%, up 44 percentage points from the previous year. This number is even more remarkable given that Gallup surveys the U.S. year-round, so it’s unlikely due to a specific moment of 2021. The next closest regions are Australia and New Zealand at 59% and South Asia at 50%.

“While, as a region, the U.S. and Canada have significantly more engaged and thriving employees in comparison with the global workforce, U.S. and Canadian employees report higher daily worry and stress than is the case globally. The U.S. and Canada also have some significant differences between them. Employees in the U.S. report a higher percentage of engaged employees and Canadian employees, while less engaged, are more likely to be thriving in their overall lives. Engagement at work and overall wellbeing are both important to reduce the chance of burnout,” said Jim Harter, Gallup’s Chief Workplace Scientist.

Global employee stress reached another all-time high in 2021 at 44%, driven mostly by increased stress in South Asia and East Asia. Like daily worry, stress has been rising for employees for a decade, with a notable increase during the pandemic. The most stressed regions of the world include East Asia (55%), Latin America (50%), and U.S. and Canada (50%).

The global percentage of thriving employees reached a record high in 2021, in keeping with a steady rise since 2017. This measure of life evaluation combines how people feel about their current situation and how they expect to feel in five years. Those who are thriving report significantly fewer health problems, fewer negative emotions, and more hope, happiness and energy in their lives.

In 2021, the regions with most thriving employees, Australia/New Zealand and U.S./Canada, saw the greatest increases thriving as well. In contrast, Europe and South Asia saw significant drops in thriving. Both regions decreased by 5 percentage points, and South Asia has the lowest percent thriving in the world at 11%.

“With a massive increase in the work-life blend through more fully remote or hybrid work, there is no more important time for managers to be in regular, meaningful conversations with employees about their work and life. The importance of the role of manager just went up another notch,” Harter continued.