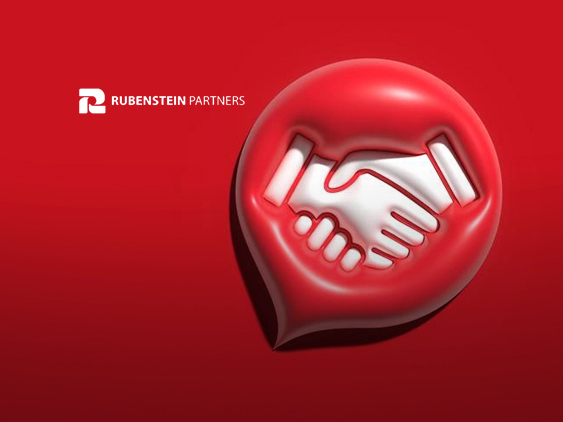 Almost two years to the day – and before the unexpected Pandemic took hold — Rubenstein and cove announced their partnership at two Maryland properties, rolling-out what they believed at the time to be the future of office. Their vision is proving itself, and the team is now expanding its “Powered by cove” at Rubenstein’s Carlyle Tower in Alexandria, VA, and planned for 111 K, NE in Washington, DC.

In Maryland, Rubenstein and cove set out to create an office experience at which people wanted to work; Rubenstein’s expertise was leveraged to create modern, state-of the art, renovated workplaces and cove was added to implement cutting edge technology, audio visual and various food and hospitality options. With the Pandemic, the duo added flexibility to its repertoire — for example, leasing one office in a “Spec Suite” on a month-to month basis, signing a one-year “as-is” deal in another Spec Suite, and signing a more traditional lease on a long-term basis on part of the top floor.

The fruits of their efforts in Maryland have paid off so far, as Rubenstein, cove, and the Cushman & Wakefield leasing team have executed almost a dozen leases – the majority of which are new tenants to the properties – plus several more renewals. Attracting this many new tenants to its properties during Covid was quite a feat given the Pandemic, as the leasing trend by tenants was mostly to renew and defer its space needs, says Steve Evans, Regional Director at Rubenstein. As a testament to their success, several competitors to Rubenstein have tried to emulate what they have created as Evans has toured his competitors through the 2600 Tower Oaks property (2600TowerOaks.com). Ben Powell on the 2600 Cushman &Wakefield leasing team remarks, “We are now on just about every office tour in the submarket — the buzz is out!”

Rubenstein and cove are taking the next iteration of its expanded vison to Carlyle Tower to further merge office and hospitality with technology and amenities into an overall building experience. “In Rubenstein, you have an owner that is putting the pieces together to create an integrated, tenant-friendly experience,” says Adam Segal, CEO of cove. “Carlyle Tower is a great example of everything coming together in one place.” Coincidentally timed around the scheduled May opening of the Wegman’s within the larger Carlyle Crossing mixed-use project — basically across the Street — and the new WMATA Virginia HQ, thousands of existing/under-construction residential units and numerous existing and to-be-announced restaurants, Rubenstein and cove have launched “Powered by Cove at Carlyle Tower.”

Evans admits he acquired and renovated Carlyle Tower a bit early in the transformation of the micro-market, but now says he believes “the time has come” with all of the development that has been under-construction and delivering “as we speak.” Pre-Pandemic, Evans and Steve Hoffeditz, lead on the Newmark leasing team, had several (two) multi-floor prospects for the project; one prospect put its plans on hold, one prospect renewed where they were, but one prospect was signed and is scheduled to open imminently. Hoffeditz comments, “The momentum for Carlyle Tower pre-Pandemic was robust, but Covid caused most of our prospects to put their space needs on hold.” Evans adds, “With the Pandemic mostly behind us and all these great amenities on-site and literally surrounding us, Carlyle Tower is gaining momentum again.”

The big news at Carlyle Tower is cove taking-over the current co-working floor, as well as implementing a more building centric hospitality and technology integration in the lobby, in the re-named “Powered by cove flex floor,” in the Spec Suites, among other upgrades. The vision by Evans is that no matter who walks in the front door looking for space – one person or 500 people — Carlyle Tower has an offering and experience that will be attractive and unlike anything else in the marketplace. The Carlyle Tower team already is seeing renewed interest from pre-pandemic prospects, organic/new growth within the flex-floor and one growing flex-floor member that is exploring relocating into a larger Spec Suite.

Evans and Segal are breaking down barriers, listening to tenants on recruiting efforts and otherwise creating an environment where people don’t want to work remotely in their dining room, but rather come back to what used to be called “The Office.”