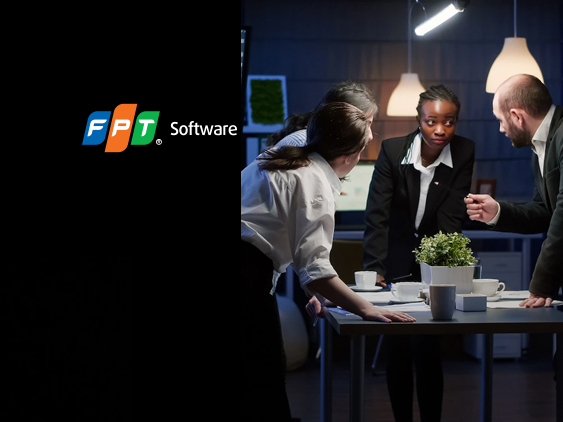 The word “artificial intelligence” has just started to gain public attention in Vietnam in the last ten years, according to Dr. Phong Nguyen – Chief AI Officer, FPT Software. Within a short time, the country and one of its most prominent IT companies – FPT Software have encouraged a surge in both interest and investment in AI.

The Vietnamese government opened the door to AI and high-tech development in 2014, when they introduced the term “industrial revolution 4.0” in their economic directions, focusing on AI and 5G. After six years, however, a recent report showed that only 10% of demand in AI human resources was met domestically, yet with ample opportunities from both inside and outside the country.

FPT Software possesses one of the largest IT workforces in South East Asia – by 2022, the tech company has grown to 25,000 employees across 5 regions. Still, they aimed to recruit another 8,000 by the end of this year, a large part accounting for data and AI engineers. Looking for a way to go further in AI, they recognized the workforce as the center of development.

“To build a successful strategy, you must combine three elements: human resource, data and infrastructure,” Dr. Phong said. Building a space for the growing young talents, increasing the number of computers and your computing power are vital to provide your AI engineers with enough means to test out their models or new algorithms. Therefore, investment from both the government and resourceful private enterprises play a big part in developing the talent pool.

AI education is of no less importance in this strategy by FPT Software, which also had Mr. Laurin impressed. He assessed Vietnam was doing quite well on this aspect, in a very short amount of time.

In particular, Mr. Laurin pointed out that AI Residency – a program aims to incubate young researchers in AI and ML – has already had 3 researchers accepted into Mila’s summer research program, all within the first year since they opened. “We had more than 1,000 applications from 75 countries, and we only accepted about 200 of them. Only the brightest minds were accepted,” said Mr. Laurin.

The two-year training program provides a world-class experience as it is modeled after some of the world’s biggest AI labs. Developed by FPT Software and Mila AI Institute in a cornerstone partnership in 2020, it creates a pathway for graduates and undergraduates to enrich their research skills and achievements, before sending them off fully capable to pursue a career in AI or higher education.

For example, the program provides opportunities to send research papers to the biggest AI conferences, or to apply for new patents. It connects the promising Vietnamese with elite researchers, in a mentor-mentee model. This is highly beneficial to the program’s residents, as they are able to test out new ideas with the support of experienced scientists.

The approach proved successful earlier this year when FPT Software earned its first machine learning patent certified by USPTO, by a team including mentees from AI Residency. USPTO is one of the oldest federal agencies regarding patents and trademarks in the U.S., with almost 200 years in service.

Group-equivariant convolutional neural networks for 3D point clouds enhance AI’s ability to recognize objects from different angles, training solely by data taken from one specific angle. Using rotation-equivariant features of a convolutional neural network, it can quickly and remotely set up a model to train AI-based on input as 3D point clouds, reducing both the amount of data input and flexibly adapted for different usage, as shared by the team’s representative.

It was thanks to their persistent investment in research and human development, Dr. Phong spoke about this milestone achievement. This was not their first success, however.

Before that, AI Residency has enjoyed having one research paper accepted to GTRL workshop in ICLR 2022, another nine to top AI & ML conferences such as ICML, IJCAI, ECCV, NAACL, ECML. This June, FPT Software also announced a strategic partnership with Landing AI – the Silicon Valley startup founded by Andrew Ng, to promote flagship product LandingLens, an ML platform of AI-powered visual inspection solutions to enterprises globally.

Having received over 600 applications, the AI Residency program proved to be the correct approach for FPT Software, as the company fills the gap between the need of knowledge-hungry talents and of companies for high-quality AI engineers. As their people come up with patent-earning technologies, emerging companies can look forward to a future where they reap the fruit of their own long-term investment.