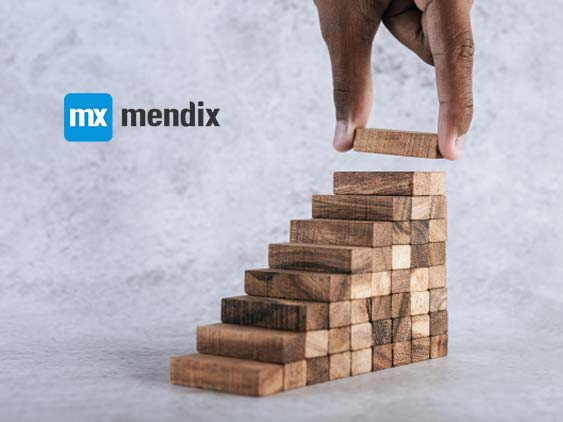 Fewer than 20% are happy with digital skills they possess, and they’re not receiving much support

Mendix, a Siemens business and global leader in low-code application development for the enterprise, announced the findings of a new survey that showed 8 in 10 manufacturing workers (83%) are interested in learning new digital skills, and fewer than 1 in 5 (18%) respondents said they’re happy with their current digital skillset.

The prevailing wisdom for years has been that factory and industrial workers would resist digitalization of their workplaces for fear of being replaced. But the survey, titled “Digital Illiteracy in the Factory: Providing Workers with Low-Code Tools,” revealed that workers now see acquiring technology as a strength.

Other revelations in the survey include: Nearly 9 out of 10 said they want to learn how to use low-code software development, while only 3% currently use low-code in their jobs. More than two-thirds (67%) say they want to create a software app that would solve issues at work. According to this survey and a parallel survey conducted in Europe, U.S. workers are more willing to welcome and contribute to workplace digitalization than their counterparts in Germany (78% vs. 61%) — a surprising result, given that German manufacturing workers enjoy a reputation as some of the most skilled in the world.

Mendix commissioned the research, conducted from January 29 to February 11, 2021, to quantify the total low-code potential among full-time manufacturing workers. Goals included learning about workers’ attitudes and motivations, as well as obstacles that prevent them from acquiring low-code and other digital skills. In both the U.S. and Germany, Mendix surveyed full-time workers (those who work more than 30 hours per week, either as employees, contractors to a single company, or are self-employed) employed in the manufacturing sector. The sample size was 250 in the U.S. and 250 in Germany.

Not enough training or tools for workers

Another surprise from the survey is how little support U.S. manufacturing workers receive in developing digital skills. That only 18% are happy with their digital skills is just one sign that more training is required. At a time when the country’s manufacturing industry remains mired in a decades-long slump and when managers clamor for more useful software applications, news reports indicate that the nation’s workforce is ill-equipped to deal with writing code.

“Low-code solves so many of the problems facing manufacturers and industrialists,” said Derek Roos, CEO of Mendix. “Like many business sectors, U.S. manufacturing is short of software and software developers. Training workers to code is expensive and time-consuming. Low-code enables citizen developers to build applications rapidly, with minimum training. As for the trained developers that manufacturing companies do employ, Mendix’s low-code helps them create apps 10X as fast and at a much lower cost.”

With 13 million working in manufacturing, the stakes are high

Reviving U.S. manufacturing is one of the key linchpins of President Joe Biden’s “Build Back Better” campaign and vital to his economic recovery plan. The sector remains the fifth largest employer in the U.S., with more than 13 million workers. In January, Biden said a turnaround in manufacturing “must be part of the engine of American prosperity now.”

The good news for Biden is that some in manufacturing’s upper echelons recognize the need to provide workers with digital skills and tools, sooner rather than later.

Gardner Carrick works for the National Association of Manufacturers (NAM), the nation’s largest manufacturing trade association, a group that represents the 12.8 million manufacturing workers who collectively contribute $2.4 trillion annually to the U.S. economy. In Carrick’s role as vice president of Strategic Initiatives for The Manufacturing Institute, NAM’s educational and development arm, he and TMI are charged with finding ways to “inspire, educate, and empower,” the industry’s workforce. For him, the results of Mendix’s survey are a positive sign.

“Incorporating digital applications is vital to the ongoing competitiveness of manufacturing in the U.S. and it is heartening to see such a large percentage of the manufacturing workforce ready to contribute to this effort,” Carrick said. “Low-code development platforms, such as those provided by Mendix, provide our workforce with the tools to contribute to this digital transformation, and we should prioritize training in these skills.”

But for a nationwide rebound to occur, political and business leaders need to search for innovative answers. Last month, The Washington Post reported on a new study by the Brookings Institution on why Indiana, one of the nation’s top manufacturing states, has fallen behind the national average in productivity for the past 10 years. Mark Muro, a senior fellow at Brookings and one of the report’s authors, was quoted saying Indiana’s troubles are typical of the struggles for manufacturing across the nation. The report found that the state’s manufacturing was slow to adopt digital technologies and that Indiana also ranks 37th among states in information technology investment per worker.