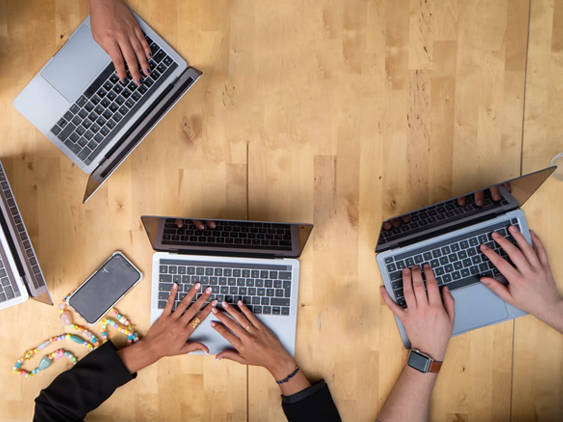 On the African Statistics Day, 18th November 2021, the African Union Commission in collaboration with Member States, Regional Economic Communities, ILO, IOM and Statistics Sweden has launched the 3rd edition of the labour migration statistics report in Africa, under the Joint Programme on Labour Migration Governance for Development and Integration in Africa (JLMP).

The key highlights of the report include bridging some of the data gaps from the previous edition by availing data from additional data sources, improved chapter on social protection, remittance, and other additional characteristics of migrant workers.

During the Launch some of the best practices leading to the production of a better report with more enriched data were highlighted as well as some of the key challenges and data gaps experienced during the collection of labour migration data for the third edition of the report.

In his opening remarks, Mr. Sabelo Mbokazi, Head of Labour, Employment and Migration Division at the Department of Health, Humanitarian Affairs and Social Development, African Union Commission informed the delegates that the production of these report series has greatly improved the availability of labour migration statistics in the continent. He emphasized that with available evidence from the report, intra-regional migratory movements take prevalence in the continent as compared to outside the continent. Mr. Mbokazi further noted that with this increased migratory movements, labour migration is a priority thematic area that requires high quality, and up to date labour migration data for evidence-based policy making. He also pointed out that harmonisation of key definitions, concepts, methodologies and tools is another key priority area of concern for the Africa Union Commission.

Recognizing the importance of driving policy discourse with data and evidence-based knowledge, the Africa Union Commission has operationalized the Pan Africa Statistics institute (STATAFRIC) in Tunis, Tunisia, the Africa Migration observatory (AMO) in Rabat, Morocco, the Africa Migration Research Centre in Bamako, Mali, and the Continental Operation Center in Khartoum, Sudan to support Member States in the production, harmonization, and research of migration statistics in different migration thematic areas including labour migration, human trafficking, regular and irregular migration among others, Mr. Mbokazi noted that “These institutions in collaboration with the JLMP look forward to putting measures in place to harmonise data in the continent and make it comparable across the board”.

The representative from IOM, Mr. Jason Theede, Senior Regional Labour Mobility and Human Development Specialist, IOM Regional Office for Southern Africa said the production of the third edition of the report is a big millstone and an indication to the improvement of the labour migration data in the continent. He added that “the complexities and dynamics of labour migration have changed significantly resulting to diverse migratory movements that need to be captured accurately and reported in a timely manner so as to understand the current migratory trends. This means that each edition of the labour migration statistics report needs to capture these trends in order to reflect the current situation with more targeted policies and better decision making”.

Ms. Ulla Andrén, from the Embassy of Sweden, Ethiopia emphasized that Sweden will continue to support the JLMP project to reinforce good quality of Migration data and statistics as they are essential for better migration management.

In his remarks, Mr. Alexio Musindo, Director ILO Office and Representative AU, ECA, acknowledged and appreciated the great collaborative effort between the AU, ILO, ECA and IOM in joining forces through the JLMP-Priority programme to move forward and accelerate political support for an effective labour migration governance in Africa through the improvement of labour migration data collection, analysis, and dissemination. Further, Mr. Alexio indicated that effective labour migration governance remains a key priority for the ILO in Africa because of its effects on the future of the continent. To achieve this priority, there is an urgent need for the collection, analysis and dissemination of data to contribute to effective implementation of the continental labour migration components of the 2018 UN Global Compact on Safe, Orderly and Regular Migration as well as The African Union’s Revised Migration Policy Framework for Africa and Plan of Action (2018-2030).

On behalf of the Statistician-General of South Africa, Ms. Nozipho Shabalala welcomed the Launch of the report and said, “Labour migration statistics is part of the move towards the realisation of political and policy instruments on the movement of people, the integration of Africa and the promotion of social and economic development in the African continent”. According to Ms. Nozipho, South Africa plans to include a migration module in the Labour Force Survey to broaden the understanding of labour migration. This will allow South Africa to report on labour migration indicators on an annual basis.

Mr. Brian Okengo, the statistician at the AU Labour, employment and Migration Division presented an overview of the key findings from the report. The Africa Union Commission encouraged all stakeholders to provide support in bridging the data gaps so as to avail quality and to update data for the production of the 4th Edition of the Labour Migration Statistics Report .